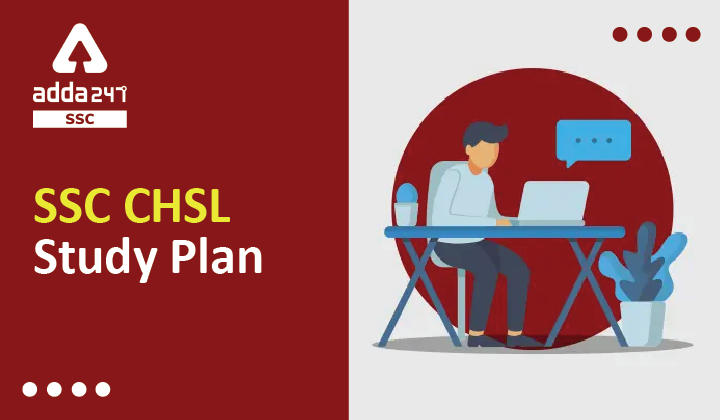 Staff selection commission is one of the biggest and most reputed organizations which conducts the recruitment examination annually for various posts. The full form of SSC CHSL is the Staff Selection Commission Combined Higher Secondary Level Exam. The commission has released the notification of SSC CHSL 2022 for the post of Postal Assistant, DEO, LDC, and Sorting Assistant posts with a huge number of vacancies. The Selection Process includes three stages i.e. Objective Multiple Choice, Descriptive Paper in English/Hindi, and Skill Test /Computer Proficiency Test. The exam can be conducted in May 2022. The candidates must go through the study plan of SSC CSHL provided below. The study plan will help candidates to understand their level from the beginning and make them confident till the exam date.

Staff Selection Commission released the SSC CHSL 2022 Notification on their official website i.e.ssc.nic.in. The commission will release a huge number of vacancies through this for various posts.

The SSC CHSL Tier I contains 4 sections i.e. General Intelligence, General Awareness, Quantitative Aptitude (Basic Arithmetic Skill), and English Language (Basic Knowledge) with 100 questions for 200 marks with a duration of 60 minutes. The study plan for all four subjects is given below.

This study plan will give a final touch to your preparations and would make sure you come out as a winner. Candidates must go through the study plan and prepare themselves for the SSC CHSL 2022.