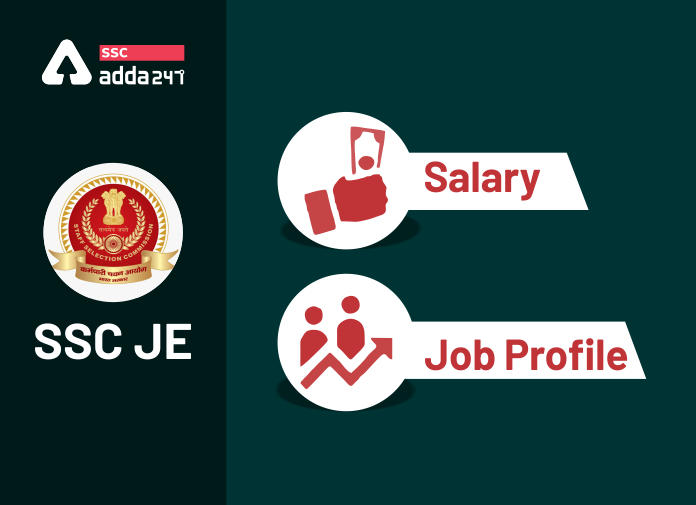 SSC JE Salary 2022: Staff Selection Commission has released recruitment notification for SSC JE exam 2022 on 12th August 2022. Candidates can apply online from 12th August 2022 to 2nd September 2022. Many people dream to work under the central government as a JE and your dream can turn into reality by your continuous efforts. Are you still confused about the job profile and Salary structure of SSC JE? To put an end to your confusion, we are providing you with a detailed salary structure and job profile of SSC JE. Take a look:

After the implementation of the 7th Pay Commission, there has been a major hike in the gross salary of the SSC JE in various departments. The SSC JE post comes under the Group B, non-gazetted post in Level 6. This post has a lucrative career growth with high salary depending upon the allowances you get. The total SSC JE Salary in hand will also depend on the other allowances and the city you are living in. Let’s take a look at the overview of the SSC JE Salary in hand.

The SSC JE Salary after 7th pay commission including all the allowance is as follows:

The below table gives the detailed overview of the Post-wise SSC JE salary structure 2022 after 7th pay commission:

Apart from the basic pay, a Junior Engineer in the railways gets various allowances and perks that add on to their salary raising a hike in their respective salary. Let’s take a look at some of the allowances in addition to the SSC JE basic pay:

HRA varies as per the city you are living in. It is generally higher in X & Y cities than Z cities. Rate of HRA will not be less than Rs. 5400, Rs. 3600 and Rs. 1800 at X, Y and Z class cities respectively. Classification of Cities/Towns Rate of House Rent Allowance per month as a percentage of Basic Pay only.

The Dearness Allowance is a cost of living adjustment allowance and is currently 17% Of basic Pay under the 7th Pay Commission.

To ensure that railway employees can meet their day to day medical needs, the railway provides fixed medical allowance to them. The government will bear the medical costs for them in case of a medical emergency as well.

A JE through SSC is also eligible for other special allowances such as for recreational activities, leaves, etc

Q. Is SSC JE a Good Job?
Ans-> Candidates who are recruited under SSC as Junior Engineers will be posted under Group ‘B’ Non-Gazetted category. Working as a Junior Engineer under SSC is considered to be one of the prestigious jobs in society.