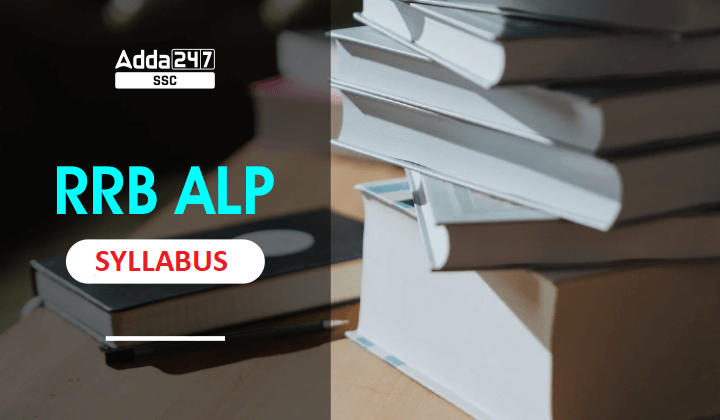 RRB ALP Syllabus 2023: The Railway Recruitment Board (RRB) will release the RRB ALP Notification 2023 soon on the official website i.e. www.indianrailways.gov.in. RRB will also release the Assistant Loco Pilot (ALP) vacancies along with the RRB ALP Recruitment 2023 for eligible candidates. As this is a huge recruitment from Railway the candidates who have a B.Tech degree or equivalent can apply for the RRB ALP Recruitment 2023. This is a great opportunity for all the young aspirants who want to serve and secure their careers in Indian Railways. Candidates must be looking for the RRB ALP Syllabus 2023 to prepare for the exam.

The Railway Recruitment Board will soon announce RRB ALP Notification 2023 on the official website. Interested candidates must check the detailed overview of RRB ALP Syllabus 2023  which is tabulated below.

The RRB ALP Exam Pattern of each stage is given below. Interested candidates can find the RRB ALP exam pattern below and start their preparations accordingly.

A total no. of 75 MCQ-based questions will be asked. The maximum time allotted for the online exam is 60 minutes.

Stage 3 is the final stage of RRB ALP. This will be a computer-based aptitude test (CBAT). Candidates who will clear both stages will be eligible to appear for Stage 3.

The Part B of RRB ALP CBT Stage 2 is qualifying in nature. The Stage 2 (Part B) Syllabus includes questions related to the trade as prescribed by the Director-General of Employment & Training (DGET). The detailed Stage 2 syllabus of each trade is provided below.

Ans: Candidates can check the RRB ALP Syllabus 2023 given below. The official syllabus will be u[updated soon after the release of the notification pdf.

Q. For how many marks RRB ALP Stage 1 exam will be conducted?

Ans: RRB ALP Stage 1 Exam will be conducted for 75 marks.

Q. What is the time duration for RRB ALP Stage 1 exam?