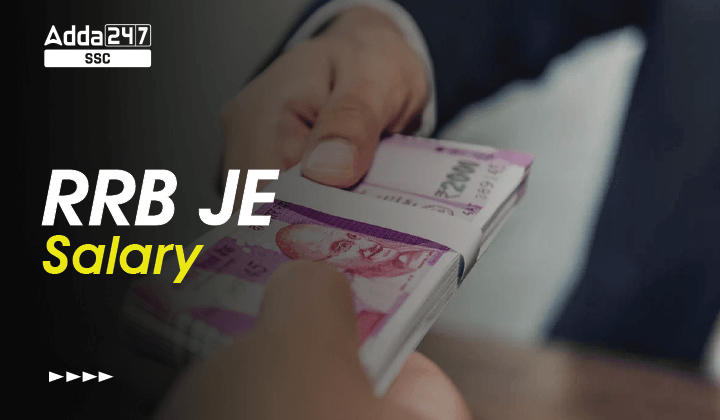 RRB JE Salary 2022: The Railway Recruitment Board Junior Engineer (RRB JE) is one of the most sought-after recruitment tests among engineering graduates across the nation. A handful of salary, relaxed work hours, and job security is the key attractions for these posts. The RRB recruits aspirants for various posts under the Junior Engineer category. In the article below candidates will get to know more about the RRB JE salary structure and also get an idea of the various allowances and perks entitled to the post.

What are the posts under RRB JE?

RRB JE Salary 2022 structure has been revised as per the 7th pay commission. All the posts under the RRB JE are provided below:

The basic pay that has been decided as per the 7th pay commission guidelines is Rs.35,400/- and other allowances are entitled to at that time. The grade pay for various posts under RRB Junior Engineer is given below:

According to the RRB JE Notification, the RRB JE Salary will depend upon the location of the posting. The Indian Railways have divided cities into 3 classes in which candidates will receive their salary according to the class of the city they have been posted. The three classes are as follows:

The salary structure for Junior engineers according to their job location is given in the table below:

After the completion of the Training period candidates will get the following salary. Candidates will get an increase in Basic Pay, which turns out to be Rs.36,500/-. Here, we have taken the X-Category for House Rate Allowances (HRA) which is 27%  for the candidates.

The allowances and perks apart from basic pay in the salary structure are as follows:

The various responsibilities of a Junior Engineer are given below:

After a certain period, there are chances of promotion for RRB JE. However, the time period is different for all departments. Many times, candidates might have to take departmental exams for promotions.

Q. What is the Pay Band of a Junior Engineer in RRB JE?

Q. What is the highest post in RRB JE?

Q. What is the grade pay of a Junior Engineer?