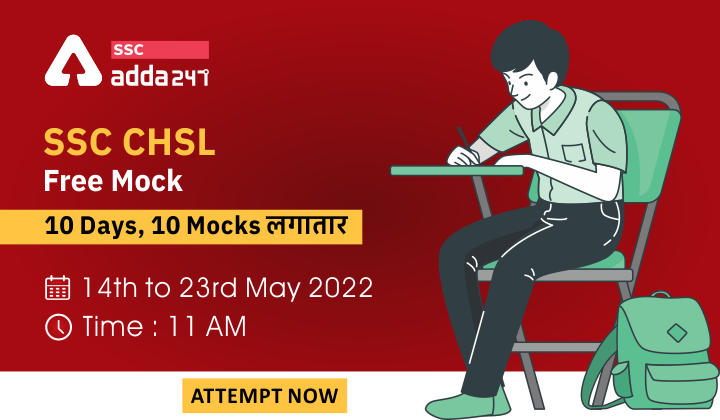 SSC CHSL Free Mock: SSC CHSL Tier 1 exam will conduct from 24th May to 10th June 2022. Adda247 has decided to conduct SSC CHSL Mock for 10 days from 14th May to 23rd May 2022. To excel in the Tier 1 exam, aspirants must work hard and practice enough to make sure they get good marks and surpass the high cut off score. The SSC CHSL Tier 1 exam consists of 100 questions to be attempted in the total duration of 60 minutes that add up to a total of 200 marks.

To help the aspirants with the upcoming SSC CHSL examination, SSCADDA is going to conduct the SSC CHSL Mock Marathon from 14th May to 23rd May 2022. The mock will act as a stepping stone towards succeeding in the SSC CHSL Tier 1 exam.

Practising enough mocks is the best way to improvise your performance and score decent marks. Mock tests give you an idea of the loopholes in your preparation and the areas one needs to work on. 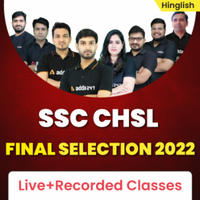