Staff Selection Commission released a total of 8582 Vacancies for SSC CGL 2019 in which 3674 vacancies have been declared for the General category. The vacancies have seen a decrease as compared to SSC CGL 2018, where a total of 11,271 vacancies were notified. SSC CGL Vacancy helps to determine the number of candidates to be appointed by the commission. The vacancies are likely to increase further depending upon the post. Check out the official notice regarding SSC CGL 2019 vacancy for all posts released by the commission.

For SSC CGL 2019 examination, a total of 8582 vacancies have been notified by the Staff Selection Commission. The vacancy is tentative and can be increased further until the final appointment of candidates is done. For General candidates, 3674 vacancies have been released. A total of 125279 candidates are qualified for Tier 2 examination out of which only 8582 will be given the appointment to various posts. 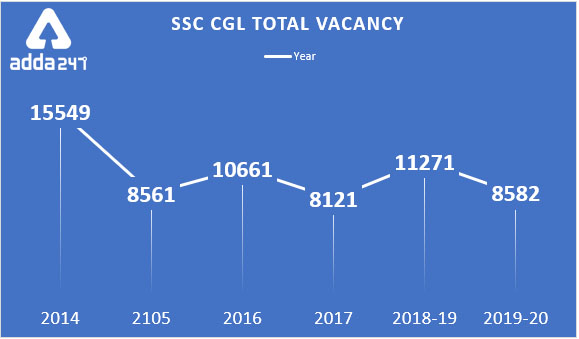 SSC CGL tentative Vacancy for 2019 has already been released by the commission. We are providing you with a detailed analysis of vacancies released over the years from 2014. Check out the table given below for vacancies released in the last 5 years. 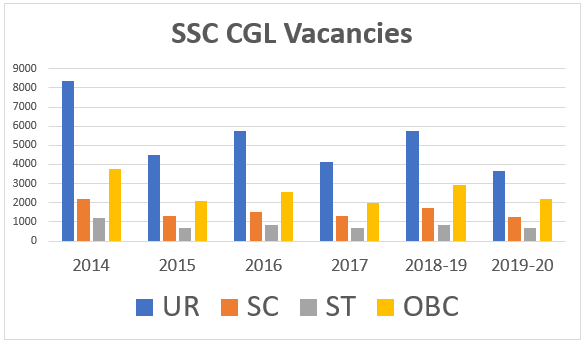 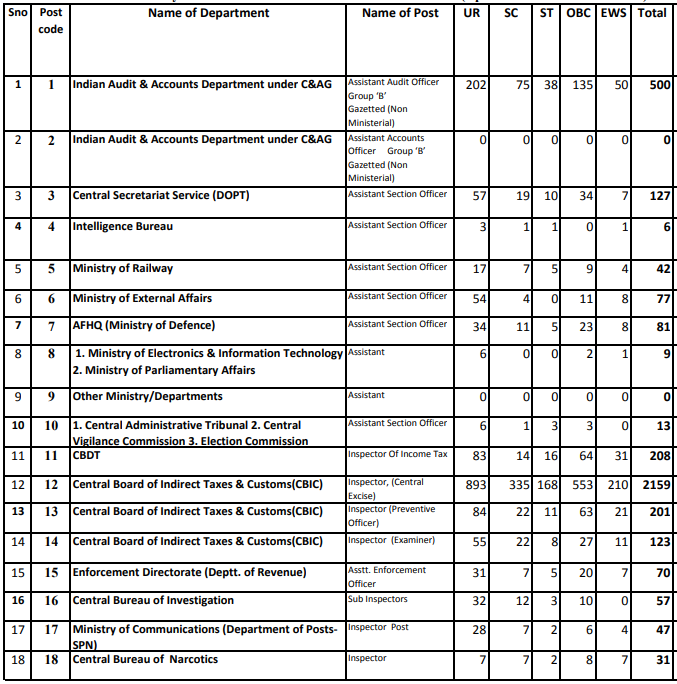 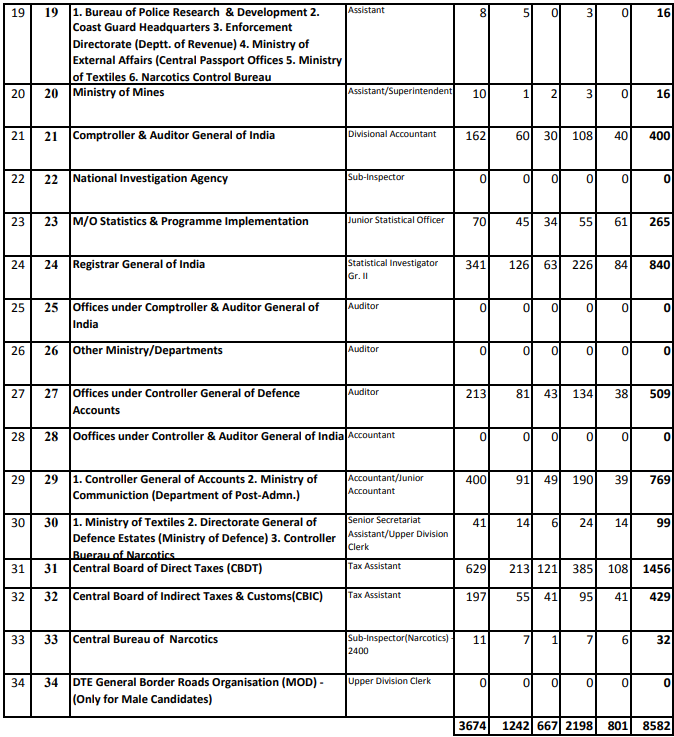