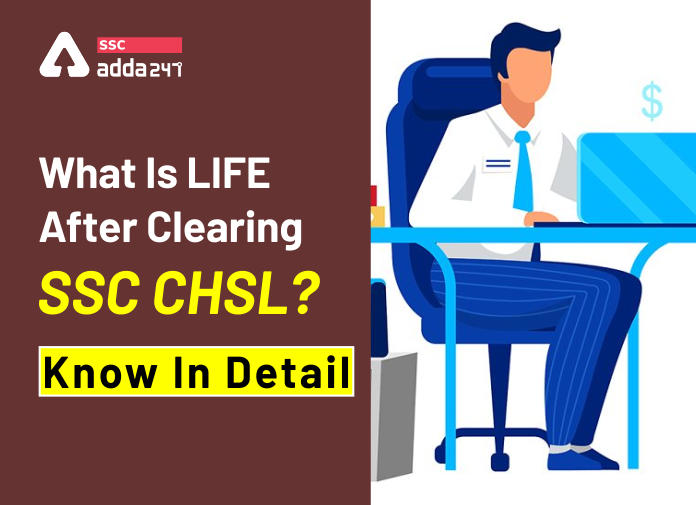 Several ambitious students prefer to join government services after their 12th-grade examinations. The Staff Selection Commission conducts examinations that can be taken right after high school completion, known as Combined Higher Secondary Level Examination (SSC-CHSL). It is one of the most taken examinations in recent times and has become a popular choice for the youth to get recruited in various departments and ministries of the Indian Government. Many of the students appearing for the exam in the upcoming year might wonder what life is after clearing the SSC CHSL exam? Take a look at the details below.

The basic pay structure will depend on the posts under SSC CHSL that mainly consists of:

All of the above posts will have a gross salary and grade pay as well. The grade pay gets divided into two categories wherein the LDC, and postal assistant have a similar grade pay. The other two will have a different one. All the posts get subjected are assured of incremental benefits, which seem given either annually or as you get promoted when you take up departmental exams to do so. Take a look at the perks and allowances that the SSC CHSL employees will get:

After clearing the exams and getting a suitable post in SSC CHSL, you can also explore other opportunities for your career growth- promotions with great perks included for various posts.

The salary received by the Lower Division clerk recruited by SSC CHSL is given below.

The career option for a lower division clerk to earn his/her stripes for promotion is by serving a minimum of seven years to get on to being an upper-division clerk. For this, you will have to clear the staff selection commission by appearing in the UDC exam. This promotion does come with its own set of benefits like Modified Assured Career Progression rules. If you are lucky enough to be selected in the defence ministry, there are chances of getting the fastest promotions as compared to other departments.

The highest post that you can achieve from being LDC is to being a Section officer. It would be a transition from lower division clerk to the UDC going forward to Division Clerk and then your goal of getting to be a Section officer.

A data entry operator can work in all the departments in the Government. The pay scale would remain the same for two years of service, and promotion takes place based on experience. The SAS exam will help in getting forward, which also a departmental exam conducted by SSC for furthering your chances of promotions. If the person doesn’t appear for the SAS  exam, there is a promotion directly after a decade of service.

The postal assistant would have to work either in:

It has great career growth opportunities. The promotion from postal assistant to an accountant will need three years of service and change of grade pay to happen. Another five years will take you to the post of inspector of the post. For higher promotions, you can appear for the departmental exams, which are also guided by the MACP rules.

Getting promotion for a court clerk is not easy as there is the least number of vacancies as compared to the postal department. The person gets a chance to play an administrative role in the department. The hierarchy of the posts that you could assume would be court clerk to a senior clerk, hear clerk, and finally, the office superintendent. The grade pay is quite good in the final category but lesser compared to the level of postal promotion’s grade pay. The promotions are also dependent on the availability of the vacancy of the post.