India is the 7th largest country in the world in terms of area and 2nd most populous country in the world (after China). There are 28 states and 8 Union Territories. The biggest state in India based on Area and population this article will provide you the complete details. As per the Census of India 2011, the population of India stands at 1,210,193,422. The first census in India was conducted during the British rule in 1872 since 1947 is conducted once in every 10 years with the first census post Independence conducted in 1951. We are providing the complete sate list of areawise with the largest state in India according to area and population.

The top 5 states of India share 43.24% of the land, whereas the top 10 shares 68.85% of total land. Among the union territories, Jammu & Kashmir (125,535) ranks first whereas Lakshadweep with an area of 32.62 square km occupies the lowest rank. Check out the complete list below and largest state in India by area:

Largest State in India by Area

Out of the 28 states that are in India, the largest state of India by area is Rajasthan with an area of 342,239 Km2. The complete list for all the states of India in terms of the area has been provided below as per the data available from Census 2011. 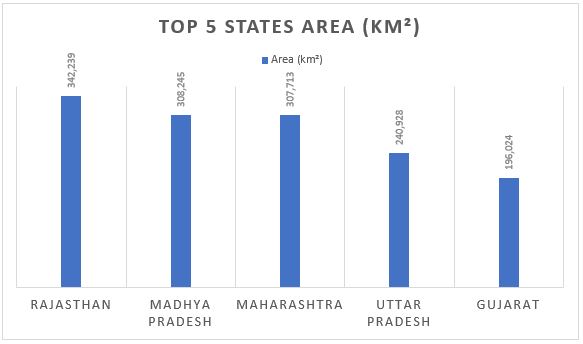 The largest and smallest state in India: Rajasthan the Largest State & Goa is The Smallest State. 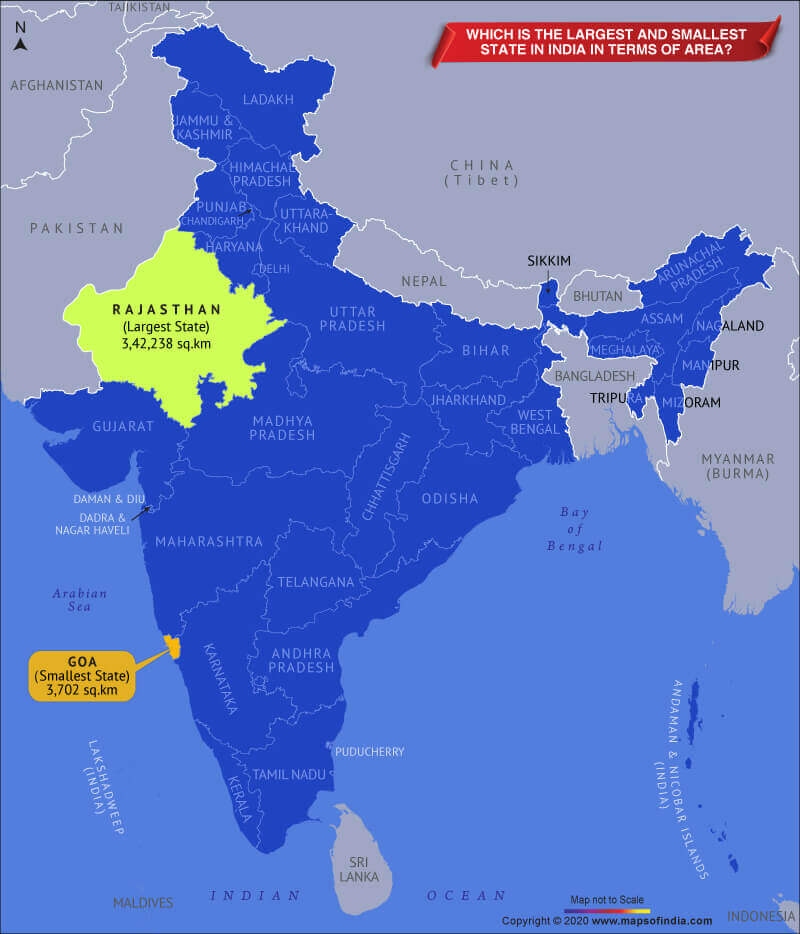 Largest State in India by Population

According to the 2011 Census, the largest state of India by Population is Uttar Pradesh with 199,812,341. On the other hand Sikkim is the least populous state in India. Uttar Pradesh has a population that is more than that of Brazil. The list of states in terms of population is given below: 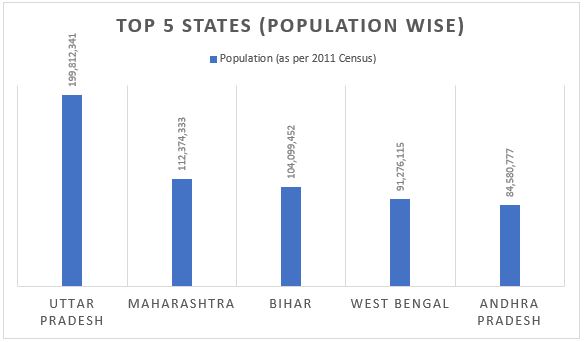 Note: In 2011, Telangana didn’t have a separate statehood and was part of Andhra Pradesh.

Q4. Which is the largest Union Territory of India in terms of area wise?
Jammu & Kashmir, the newly constituted union territory is the largest UT in India which covers 125,535 km.