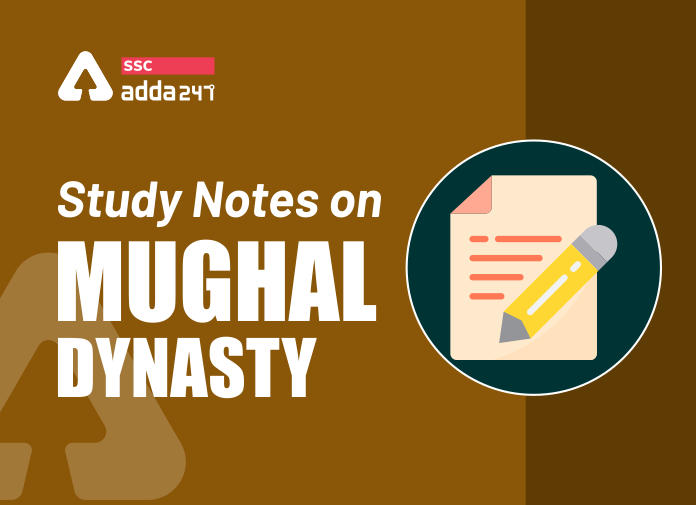 Mughal Empire: Today we are providing aspirants important notes on the Mughal Empire. The Mughal dynasty was founded by Bābur (reigned 1526–30). He was a Chagatai Turkic prince and was descended from the Turkic conqueror Timur (Tamerlane) on his father’s side and Genghis Khan, on his mother’s side. General Awareness is one of the most important sections that are asked in a competitive exam. It can help a candidate in scoring maximum marks in a competitive exam in the least amount of time. Candidates do not need to perform complex calculations to settle for the correct option so, it’s best to be prepared with the facts and figures in advance so as to score to the maximum in this section. Let’s look at the Mughal Empire in detail.

Historians have offered numerous explanations for the rapid collapse of the Mughal Empire. Emperors lost authority and control of the empire, as the widely scattered imperial officers lost confidence in the central authorities, and made their own deals with local men of influence. The successors were weak and incompetent. Another reason is the multiple wars that were fought in quick succession. Due to this Marathas and other regional powers started to grow and made it difficult for Mughals to control their empire. The decline of the Mughal Empire led to a decline in agricultural productivity, which drove up food prices.

Q. Who was the founder of Mughal dynasty?

Ans. Babur was the founder of Mughal dynasty

Q. The Battle of Khanwa in 1527 was fought between?

Ans. The Battle of Khanwa was fought between Babur and Rana Sanga

Q. Who consolidated the Mughal empire and gave it a unique multi-religious culture?

Ans. Akbar onsolidated the Mughal empire and gave it a unique multi-religious culture.

Q. Who was the Mughal emperor when Nadir Shah attacked Delhi?

Q. Who among the following was regarded as Zinda Pir?