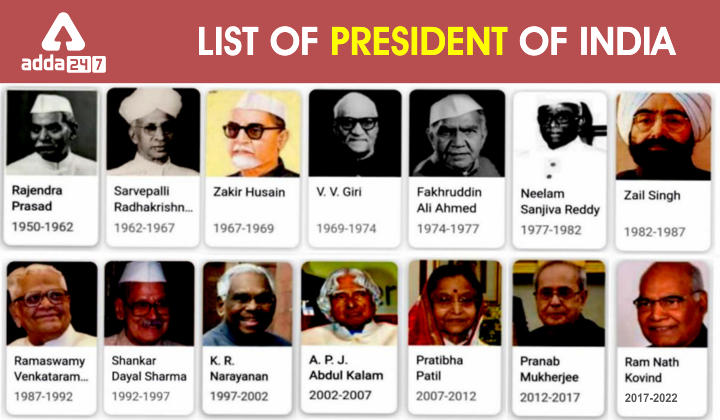 Rajendra Prasad (1884-1963) was an Indian nationalist and the first president of India. He was an important leader of the Indian National Congress and a close coworker of Gandhi. He was born in Saran District, Bihar State, eastern India, on Dec. 3, 1884, into the Kayastha, or scribe, caste. A devout Hindu, he received his early education in Bihar and then attended Presidency College, Calcutta. The Swadeshi movement and particularly the Dawn Society influenced him to become a nationalist. He continued his education, earned advanced degrees in law, and practiced law in Calcutta and then in Patna.

Dr. Rajendra Prasad gave up his law practice in 1920 to join the noncooperation movement. During the internal split in the Congress during the 1920s, he was a spokesman for the No-Changer group, which whole-heartedly supported Gandhi’s constructive program, particularly the production of indigenous cloth (or khaki) by hand spinning. In the 1930s Prasad, along with Vallabhbhai Patel and others, led the Gandhian Old Guard, which usually dominated the Congress organization. They opposed the Congress Socialists. Rajendra Prasad was Congress president in 1934 and at Mahatma Gandhi’s request again served as president after the serious internal struggle of 1939. After serving as minister for food and agriculture in the interim government, he became president of the Constituent Assembly.

He was chosen interim president of his country and was elected the first president of the Republic of India. During his presidency, he toured India and many countries in Asia. In his speeches, he stressed national and communal unity, the need for a national language, the scarcity of food and the ways to increase food production, and the achievements of Indian culture. The difficulties of the post-independence years were eased by the close cooperation between President Prasad and Prime Minister Jawaharlal Nehru. Dr. Rajendra Prasad died on Feb. 28, 1963, in Patna. He was the first President of Independent  India, he worked as president for two consecutive terms. He also served as the President of the Constituent Assembly and the Chief Leader of the Indian Independence Movement. He was awarded the Bharat Ratan (the highest civilian award) in the year 1962.

Dr. S. Radhakrishnan was an Indian philosopher and was also a teacher in India and at Oxford University. His birthday is celebrated National Teacher’s Day. He was awarded Bharat Ratna in the year 1954.

He was a renowned Indian economist and also a politician and served as the 3rd President of India. Before serving as President he was the Governor of Bihar from 1957 to 1962 and Vice President of India from 1962 to 1967.  He was awarded Padma Vibhushan in 1954 and Bharat Ratna in 1963 for his service. Following the demise of Dr. Zakir Hussain, Varahagiri Venkatagiri commonly known as V.V.Giri became the acting President. He was the only person to be elected as an independent candidate for the post of President. He resigned after 2 months since he wanted to become an elected President. He later served his full term from 1969 to 1974. 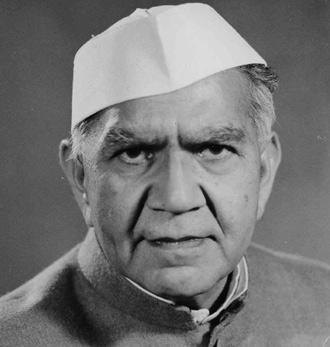 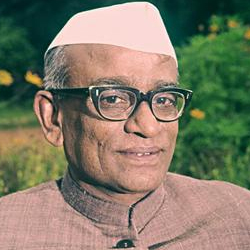 He was the first Chief Minister of Andhra Pradesh. He was also the first to be elected unopposed and the youngest to occupy Rashtrapati Bhavan. He took a 70 percent cut in his salary as a gesture toward the poor economic conditions in 1977. 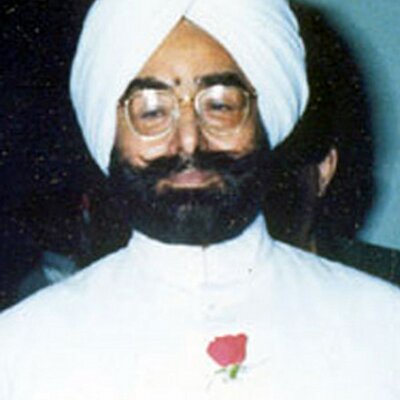 The only Sikh President of India till now, Singh also served as the Chief Minister of Punjab. He came under scrutiny during Operation Blue Star, when then prime minister Indira Gandhi ordered the security forces to combat Jarnail Singh Bhindranwale and his armed followers in the Golden Temple, Amritsar.

As a President of India, Venkataraman had the distinction of working with four Prime Ministers. Before being elected as the President, he served a stint as the Governor of the International Monetary Fund, the International Bank for Reconstruction and Development, and the Asian Development Bank.

He earlier served as the eighth Vice-President of India and the Chief Minister of Bhopal state. As a member of Congress, he accompanied the movement against the Nawab of Bengal, who expressed a desire to retain the princely state. 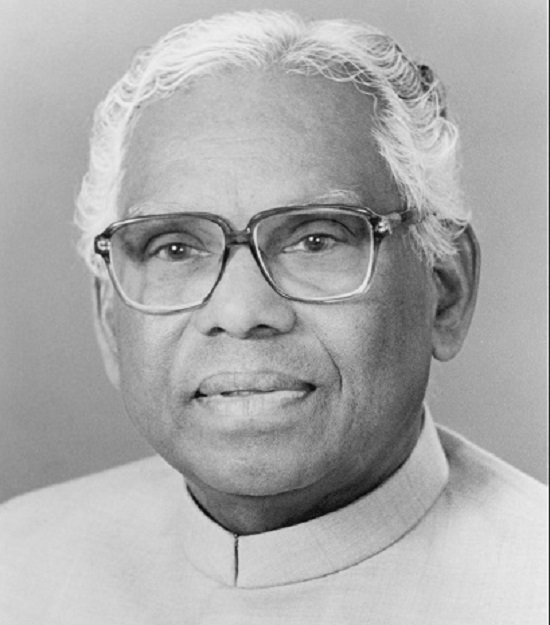 He was the first Dalit-origin President of India. Narayanan, who formerly served as a diplomat, served as India’s ambassador to China and the United States. He dissolved the Lok Sabha twice, firstly he refused to dismiss the Kalyan Singh Government in UP in 1997 and 1998 and the Rabri Devi government in Bihar. Popularly known as the ‘Missile Man of India’ Dr. A.P.J. Abdul Kalam was the first scientist to become President in 2002. Kalam was affectionately known as the People’s President and also received the Bharat Ratna in 1997. In his directorial, Rohini-1 satellites, Agni and Prithvi missiles were successfully launched. 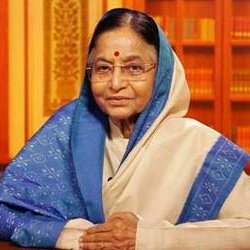 She was the first woman to become the President of India. During her tenure, she commuted the death sentence in 19 cases and rejected petitions for three. From 1962 to 1985 she was a member of the Maharashtra Legislative Assembly five times and was elected from Amravati to the Lok Sabha in 1991.

Mukherjee is the only President who served all the major portfolios at the Centre – Foreign, Defenc 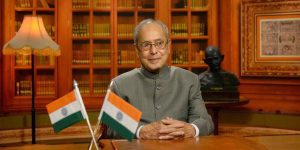 e, Commerce, and Finance – at different times in his political career. In 1984, Mukherjee was voted the Best Finance Minister in the World by Euromoney magazine.  He was awarded the best Parliamentary Award in 1997 and Padma Vibhushan, India’s second-highest civilian honor in 2008.

He is only the second Dalit leader after RK Narayanan since Independence to occupy India’s highest ceremonial post.  He is the former Governor of Bihar. His approach to political problems earned him praise across the political spectrum. As a Governor his achievements were the creation of a judicial commission to investigate corruption in universities. 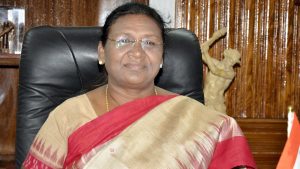 She has been elected as the 15th President of India by surpassing Yashwant Sinha in the  Parliament House on 21st July 2022. She scripted history by becoming India’s First Tribal Woman President. She started her carrier by Electing as the Councilor and becomes Vice-Chairperson, of Rairangpur Nagar Panchayat. She was the governor of Jharkhand from 2015-2021.

Eligibility Criteria of President of India

Article 58 of the Indian Constitution says that the candidate for President of India must:

Election of President of India

The election for the President of India is held by the system of proportional representation using the single transferable vote and the voting is by Secret Ballot. The nomination of a candidate for election to the office of President must be subscribed by at least 50 electors as proposers and 50 electors as seconders.

The President of India is elected not directly by the people but by members of the electoral college consisting of:

President of India Term of Office

Article 56 of the Indian Constitution says that:

Impeachment is the process to remove the President of India from office before the term expires. The Impeachment can be carried out if the president violates the Constitution of India and the proceedings can be initiated in either of the two houses of the Parliament. A two-thirds majority is required to pass the resolution in the House. After this, a notice is signed by a quarter of the members of the House that contains the charges and is sent to the President. After 14 days charges are taken into consideration by the other House and during this time the President can defend himself. If the charges are approved by the second House also then the President is said to have been impeached and will have to leave office.

The President can promulgate 3 types of Emergencies:-

Ans. According to article 58 of the Indian constitution, the minimum age for election to the post of President is 35 yrs.

Q. How many times can a person be elected president of India?

Ans. According to Article 57 of the Indian constitution, a President is eligible for re-election to that office with no restrictions on the number of his returns.

Q. Who elects the President of India?

Q. Who accepts the resignation letter of the president of India?

We hope this information on presidents of India was helpful for you and for more study notes like this stay connected with sscadda.com. And to read this article in Hindi click on the link given below.