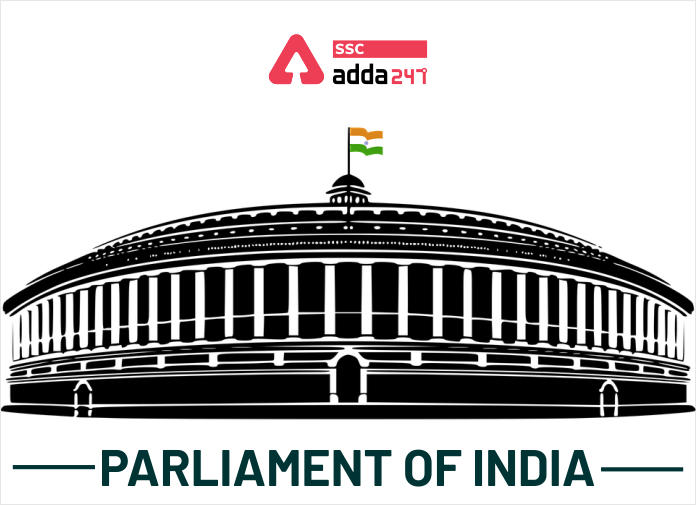 Parliament (also known as Sansad or Bhartiya Sansad) is the supreme legislative authority of India. Parliament of India consists of the President and is divided into two Houses – Lok Sabha (House of the People) and Rajya Sabha (Council of States). The President of India holds the power to summon and prorogue either House of Parliament or to dissolve Lok Sabha. A Bill becomes an Act only after it is passed by both Houses of Parliament. Indian Parliament house was designed by British architects Sir Edwin Lutyens and Sir Herbert Baker in 1912-1913. It was opened in 1927 to house the Central Legislative Assembly, Council of States, and the Chamber of Princes.
Neighboring Countries of India

The maximum allowed capacity of Rajya Sabha is 250. 238 members are elected by the State and 12 members are nominated by the President for their contribution in the fields of art, literature, science and social services. Rajya Sabha is a permanent body and is not subject to dissolution. However, one-third of the total Rajya Sabha members retire every second year, and are replaced by the newly elected members. Each member in Rajya Sabha is elected for a term of six years.

The Lok Sabha or the lower house of Parliament is composed of representatives of people that chosen after the direct election on the basis of Universal Adult Suffrage. The maximum strength of Lok Sabha members is 552 members – 530 members to represent the States, 20 members to represent the Union Territories, and 2 members to be nominated by the President from the Anglo-Indian Community. The current strength of Lok Sabha is 545. Members of Lok Sabha hold their seats for 5 years or until the body is dissolved by the President on the advice of the council of ministers.

Functions of Parliament of India

Executive Functions (Control over the Executive)

In the parliamentary form of government, the executive is responsible for the legislature. Therefore, the Parliament exercises control over the executive by several measures.

Parliament has the ultimate authority when it comes to finances. The Executives cannot spend a single pie without the approval from the parliament.

The Parliament has the power to amend the Constitution of India. Both the Houses of the Parliament have equal powers Amendments will have to be passed in both the Lok Sabha and the Rajya Sabha for them to be effective.

The Parliament also takes part in the election of the President and the Vice President. The electoral that elects the President comprises, among others, the elected members of both Houses. The President can be removed by a resolution passed by the Rajya Sabha and agreed to by the Lok Sabha.

Q. How many sessions are there in the Indian Parliament?

Q. Who is the head of the Indian Parliament?

Q. What is the eligibility of a member of Parliament?

Q. What are the types of bills in the Indian Parliament?

Q. What is the Parliament?

Ans: The parliament is a type of legislature and composition of Lok Sabha and Rajya Sabha with the President of India as Head of it.