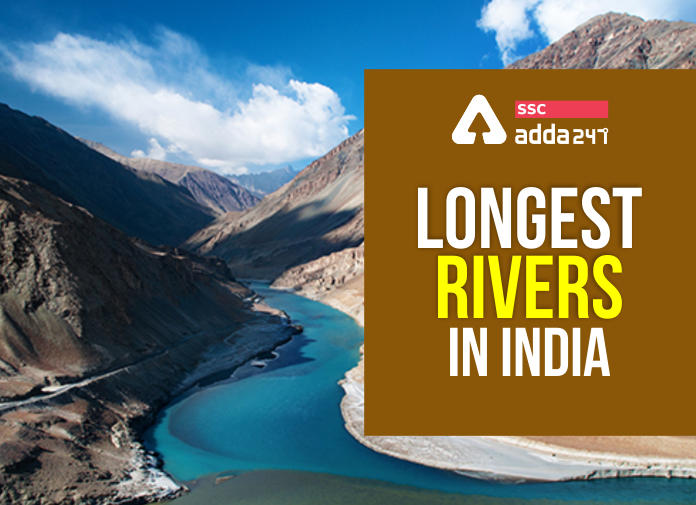 Longest River in India: India is a diverse country. India has a huge network of Himalayan and Peninsular rivers and is also known as the land of the longest rivers. There are numerous rivers that flow across the country. The Ganges River is the longest river in India and is also the 3rd largest river in the world. Many ancient civilizations thrived on the banks of rivers in India. Rivers in India are worshipped as they are the lifeline of every living being.

According to their source of origin, rivers in India are divided into two categories- Himalayan Rivers and Peninsular Rivers. Basically, the Indian River system is classified into two part-Himalayan Rivers and the Peninsular Rivers.  The majority of the Indian rivers flow towards the east and drain into the Bay of Bengal. There are only three longest rivers in India that run from east to west. Rivers like Indus, Ganga, Yamuna, Brahmaputra are Himalayan rivers and Mahanadi, Godavari, Krishna and Kaveri are Peninsular rivers.

The Ganges, known as Ganga in India is the most sacred river to Hindus and is worshipped as the goddess Ganga. Sadly, it is one of the most polluted rivers in the world too. The Ganges is the longest river in India and also the largest river in India. Rising in the Himalayas, it originates from the Gangotri Glacier in Uttarakhand and empties into the Bay of Bengal, Ganges drains one-fourth of the territory of India, and its basin supports hundreds of millions of people. The Ganges is one of the longest rivers in the world. The states that are covered by this waterbody are Uttarakhand, Uttar Pradesh, Bihar, and West Bengal. The last part of the Ganges ends in Bangladesh.

The Godavari is also one of the longest rivers in India after the Ganges. It has been revered in Hindu scriptures for many millennia and continues to harbor and nourish a rich cultural heritage. The Godavari is the longest river in Southern India and is also known as ‘Dakshina Ganga’. The river originates from Triambakeshwar, Nasik in Maharashtra and passes through Chhattisgarh, Telangana, and Andhra Pradesh, and drains into the Bay of Bengal covering a length of over 1450 Kms.

Krishna river (also known as Krishnan) originates from the Western Ghats near Mahabaleshwar in Maharashtra. It is one of the most important peninsular rivers in India running through the states of Maharashtra, Karnataka, and Telangana, and finally emptying into the Bay of Bengal in Andhra Pradesh.

River Yamuna is the longest tributary river of the Ganges. The Yamuna originates from the Yamunotri glacier at the Banderpoonch peak in the Uttarkashi, Uttarakhand. It traverses the states of Uttarakhand, Delhi, Himachal Pradesh, Haryana, and Uttar Pradesh covering a distance of 1,376 km.

River Narmada (also called Rewa) is the largest west-flowing river in Peninsular India. Narmada originates from the Amarkantak range of mountains in Madhya Pradesh. It is one of the seven holy rivers in India and has been mentioned in various ancient scripts of Hindus. The river merges into the Arabian sea after covering over 1300 km.

What is Land And Sea Breeze?

River Indus is the Birthplace of the ancient Indus valley civilization and holds immense historical significance. Our country is also believed to be named after this great river. Indus river originates from the Mansarovar Lake and goes past Ladakh, Gilgit, and Baltistan. The river then enters Pakistan. Indus Waters Treaty between India and Pakistan allows India to use 20 percent of the total water carried by the Indus river.

Some of the major tributaries of the Indus river include Kabul (river), Jhelum, Chenab, Ravi, Beas, and Sutlej river. The total length of the Indus River is 3180 kilometers. However, its distance covered within India is only 1,114 kilometers.

The Brahmaputra, one of the major rivers in India, originates in the Angsi glacier of the Himalayas in Tibet. There it is known as the Yarlung Tsangpo River. The River enters India via Arunachal Pradesh. It then traverses through Assam and finally enters Bangladesh. Brahmaputra delta is home to 130 million people and 6, 00, 000 people living on the riverine islands, and the river is popularly known as the ‘Lifeline of Assam’.

Mahanadi is a compound of the Sanskrit two words maha (“great”) and Nadi (“river”) which means great river.  The river originates in the Sihava mountains of Chhattisgarh and flows its major through the state of Odisha. Mahanadi river deposits more silt than any other river in the Indian subcontinent. The world’s largest earthen dam: Hirakud dam has been constructed on the Mahanadi river near the Sambalpur city in Odisha. Behind Hirakund dam is a 55 km long Hirakud reservoir that forms one of the longest artificial lakes in Asia.

Kaveri or Cauvery is the largest river in Tamil Nadu. Kaveri originates from the foothills of Western Ghats at Talakaveri in the Kodagu district of Karnataka. The river flows in a southeasterly direction through the states of Karnataka and Tamil Nadu and empties into the Bay of Bengal, Tamil Nadu. Along its journey from Kodagu hills to the Deccan plateau, the Kaveri river forms two islands in Srirangapatna and Shivanasamudra.  River Kaveri is also known as the Ganges of the South

Tapti river Tapti originates in Peninsular India and flows through Madhya Pradesh, Maharashtra, and Gujarat, and empties into the Arabian Sea. It is one of only three peninsular rivers in India that run from east to west. Tapti river nurtures and supports wildlife in the Melghat forest that is famous for its rich flora and fauna.

Q 1. Which river is known as Dakshina Ganga?

Ans. The Godavari River is known as Dakshina Ganga

Q 2. Which of the following river is the home for freshwater dolphins?

Ans. River Ganges is the home of freshwater dolphins.

Q 3.  Which is the longest river in India?

Ans. The river Ganges is the longest river in India

Q 4. What is the total length of the Indus river?

Ans. The total length of the Indus River is 3180 kilometers.

Q 5. Which is the largest west-flowing river in Peninsular India? 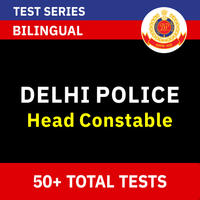