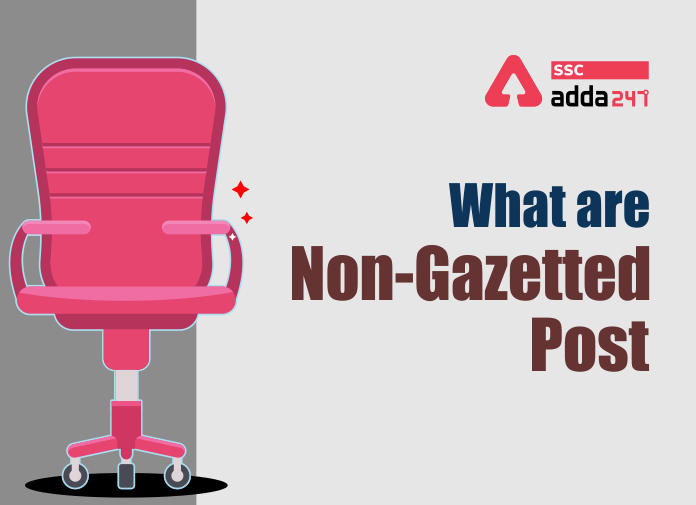 Non-Gazetted Post: The Union Cabinet approved setting up of ‘National Recruitment Agency’ to conduct the Common Eligibility Test for recruitment to non-gazetted government posts, including group B and C (non-technical) posts. Candidates who manage to qualify the prelims exam will be able to apply to any of the recruitment agencies for higher-level examinations. On average, 2.5 crore to 3 crore candidates appear in each of these examinations. Let’s know more about non gazetted jobs in the post below.

The NRA CET will be replacing the 1st level tests that are conducted by the three agencies namely Staff Selection Commission (SSC), the Railway Recruitment Board (RRB) and the Institute of Banking Personnel Selection (IBPS) for the recruitment to Group B and C non-gazetted posts. Officers who fall under the category of class III and IV are non gazetted. Non-Gazetted posts meaning is that they do not have the personal authority to issue an official stamp on behalf of the Government. Employees serving in Nationalized Banks and PSUs are not gazetted but they can attest financial documents.

The National Recruitment Agency will initially aims at replacing the preliminary exams of 3 agencies namely Staff Selection Commission (SSC), the Railway Recruitment Board (RRB) and the Institute of Banking Personnel Selection (IBPS). This means that aspirants will have to prepare for a single preliminary examination for all the exams conducted by these three agencies namely SSC CGL, CHSL, IBPS Clerk, RRB NTPC etc. The exact details regarding the posts to be notified under CET is yet to be declared.

Currently, candidates appear in different examinations that are conducted by multiple agencies. This causes the spending of thousands of rupees on different forms. A single examination will reduce the financial burden on poor candidates significantly. Women candidates are also expected to benefit greatly.