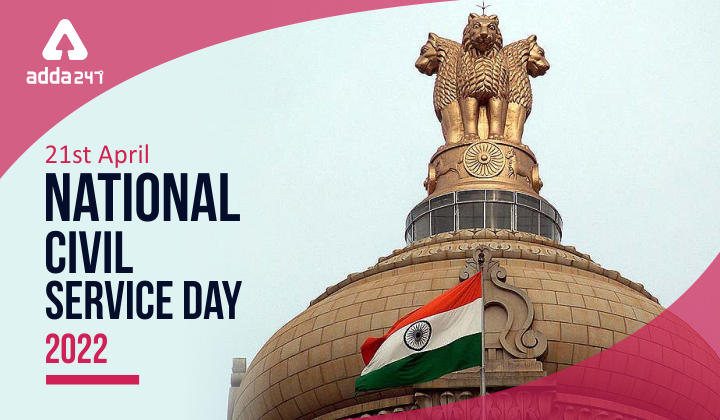 On this day the officers of central and state governments are awarded by the Prime Minister of India for their extraordinary services in the field of public administration.

On April 21, 1947 Sardar Vallabh Bhai Patel the Home member of Parliament inaugurated the All India Services. Then the previous Indian Civil Services under British India was changed to All India Services subject to complete Indian control.

Sardar Vallabh Bhai Patel gave a powerful speech at the All India Administrative Training School at Metcalf House Delhi. In his speech, he referred to civil servants as the ‘Steel frame of India’.

Every year on this day, Prime Minister’s Awards for Excellence in Public Administration are conferred to acknowledge, recognize and reward the extraordinary and innovative work done by Districts | Organizations of the central and state Governments”.

The award function is organized by the Department of Administrative Reforms and Public grievances and the ministry of Personnel Public Grievances and Pensions.

On National Civil Service Day, the centre discusses and evaluates the work of various departments under its overview. These awards also highlight how much civil services have contributed to the country’s development since independence. On this day individuals also establish arrangements for the foreseeable future. On this day, civil service employees are encouraged to perform harder for the good of the society.

There are 3 categories for the PM Excellence Award in Public Administration of Public:-

The prize consists of a medallion, a parchment, and Rs. 1 lakh. The total cash prize for a group is Rs. 5 lakh, with a per-person cap of Rs. 1 lakh. A company may only receive up to Rs. 5 lakh in cash.