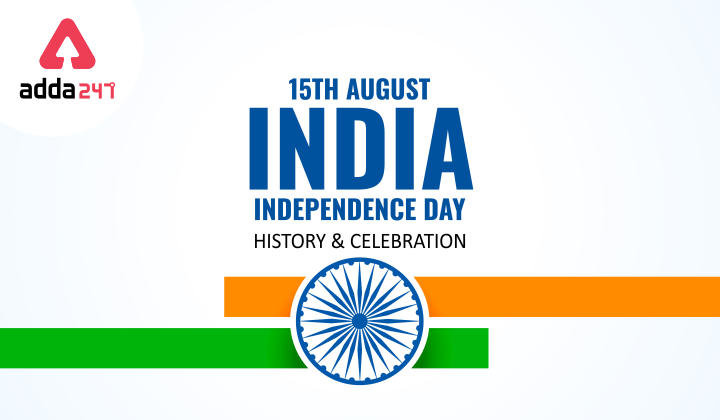 Independence Day is celebrated on 15th August every year, remembering the nation’s independence from the United Kingdom on 15 August 1947. On this day, the UK Parliament passed the Indian Independence Act 1947 transferring the legislative sovereignty to the Indian Constituent Assembly. SSC Adda wishes our readers a very happy independence day 2022.

On the eve of Independence Day, the President of India addresses the nation. On 15 August, the prime minister hoists the Indian flag on the Red Fort in New Delhi and delivers a speech where he highlights the past year’s achievements and raises important issues for further development. He also pays tribute to the leaders of the Indian independence movement who fought for India’s independence.

Independence day is the day when we pay homage to our great freedom fighters who sacrificed their lives to make India independent from British rule. We thank our great leaders for their courage and wisdom that gave us a free India where we live in. This is the day when we all are united as proud Indians.
The story of India’s freedom struggle is a commendable story of strength, freedom, courage, wisdom, and determination. It proves that if we have a dream, then we should work die-hard for it till the end and it will bear fruits. If we have a strong determination, nothing is impossible. The freedom struggle was not easy for anyone and many lost their lives in the quest for a free India.

Congress observed 26 January as Independence Day between 1930 and 1946. 26 January is now celebrated as Republic Day of India every year.

This year India is going to celebrate its 75th Independence Day on 15th August 2022 with pride to mark its freedom from British rule. The Azadi Ka Amrit Mahotsav initiated by the Union government has posted that this year marks 75 years since India achieved independence. Prime Minister Narendra Modi will address the nation from the ramparts of the Red Fort. The Indian tricolor flag would be unfurled by him. This year the 75th Independence Day of India is celebrated under the theme ‘Nation First, Always First. This year the Tokyo Olympians, who won medals and make a proud Nation get a special invite to the event.

Traffic would be restricted around parts of Delhi on 13 and 15 August. The Delhi traffic police have issued an advisory, cautioning citizens to make their plans accordingly. Massive security arrangements have been made by the police around the Red Fort as well.

Ans – India’s Independence day is celebrated on 15th August annually across the country.

Que.2 In which year did India get Independence from British Rule?