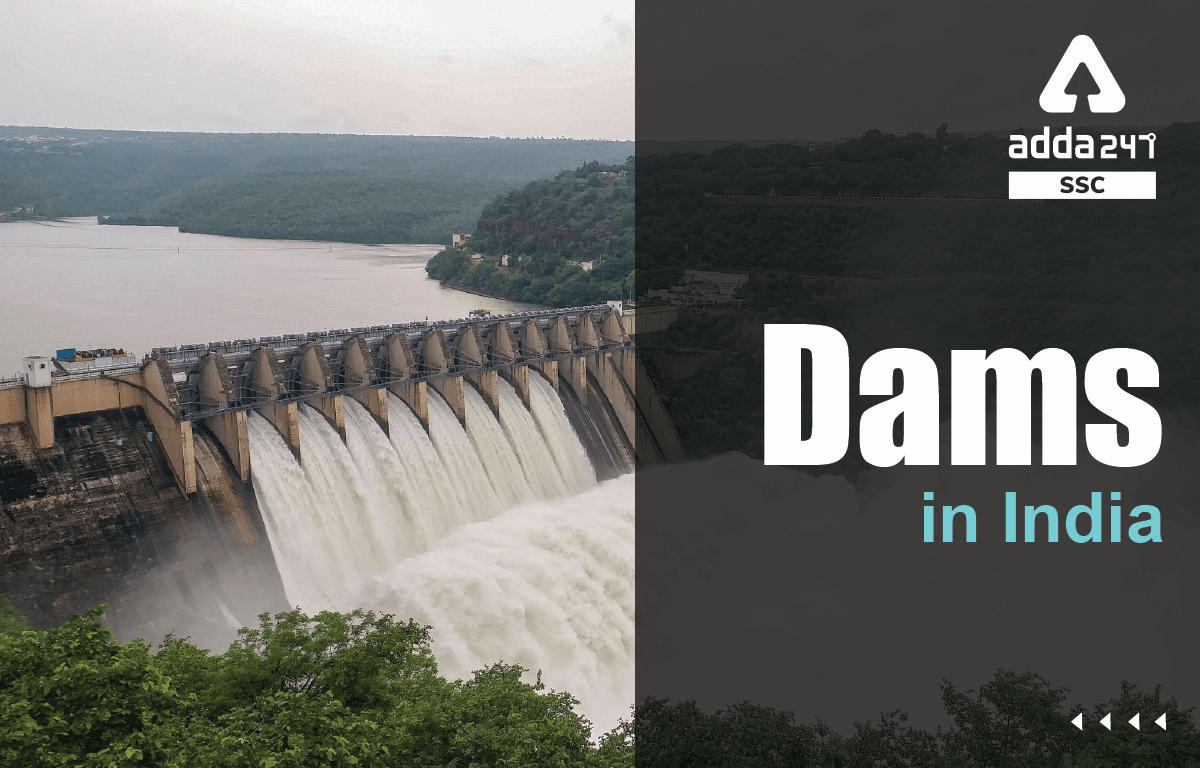 Dams in India: General Knowledge is the most important section of government competitive examinations such as SSC exams, RRB NTPC exams, UPSC exams, FSSAI exams, etc. The questions about the history of India and the Geography of India are always asked in the General Awareness section. The most important topic that is asked in the General Awareness section is the knowledge about Dams in India.

A dam is a barrier that stops or restricts the flow of surface water or underground streams.  A dam can also be used to collect or store water which can be evenly distributed between locations. Dams generally serve the primary purpose of retaining water, while other structures such as floodgates or levees are used to manage or prevent water flow into specific land regions.

Dams are built for the production of electricity through the water, which is referred to as Hydroelectricity. The earliest known dam is the Jawa Dam in Jordan, dating to 3,000 BC.

What is the need for Dams in India?

These are some important points that explain what is the need for dams.

Here we have tabulated the list of major dams in India. We are providing you the list of dams state-wise and with the name of the river on which the dam is built.

Here we have tabulated the important dams of India. Candidates can check the highest, largest and oldest dams in India.

Reservoirs are natural or artificial lakes created using a dam to store freshwater. The water stored in reservoirs can be used by a particular area, city, etc. The list of reservoirs is given below.

We hope that the information provided above related to the dams in India is very useful for you to crack your General Awareness section in Government competitive exam.

Q. Which are India’s largest dams?

Ans: Tehri dam on the Bhagirathi river in Uttarakhand is India’s largest dam.

Q. Which is the longest dam in India?

Ans: Hirakud Dam is the longest dam in India.

Q. Sardar Sarovar dam is situated on which river?

Ans: Sardar Sarovar dam is situated on the Narmada river of Gujarat.

Q. Bhakra Nangal Dam is located on which states?

Ans: The Bhakra Nangal Dam is located in the state of Himachal Pradesh and Punjab on the Sutlej river.