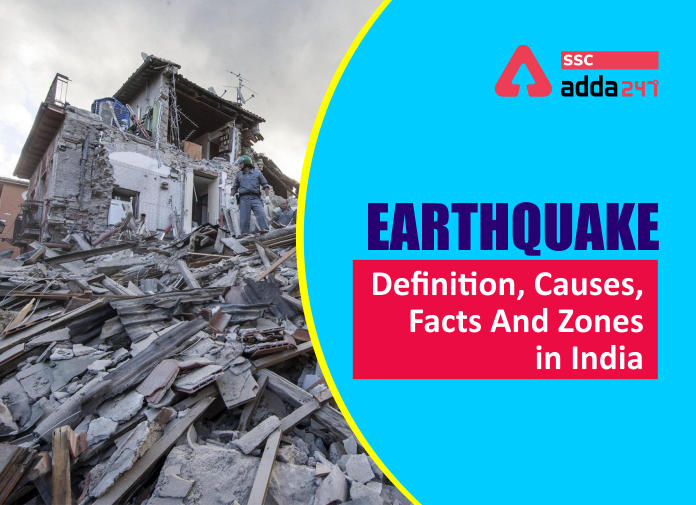 An earthquake can be defined as a sudden shaking in the earth’s crust due to the movement in the plates resulting in the release of sudden energy and the formation of seismic waves. When a part of earth’s surface starts moving backwards and upwards, tremors are observed on the surface of the earth and hence called an earthquake. Earthquake meaning can be simply said as when Earth ‘quakes’. The earth’s crust is made up of different parts known as plates. In this article, we will cover everything you need to about Earthquake including the causes of an earthquake, facts, and earthquake zones in India.

There are various types of earthquake that can be witnessed:

Cause of an Earthquake

The Indian subcontinent is divided into four seismic zones namely II, III, IV, and V based on the seismicity, earthquakes occurred in the past and tectonic setup of the region. As per the geographical data, almost 54% of India’s land is prone to earthquakes. Zone 5 covers the areas with the highest risk of getting an earthquake while Zone 2 is considerably low damage risk zone. Check out the map of India given below for the seismic zones of India based on the risk factor.

Indian China Trade At a Glance: Bilateral Trade and Investment