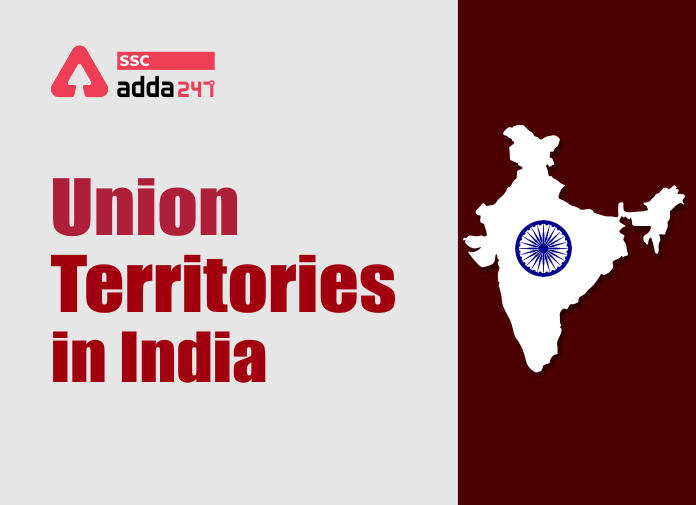 Union Territories in India: We all know that India is a sovereign, socialist, secular, and democratic republic country with a Parliamentary system of Government. In India, there are 28 states and 8 Union territories. According to the provisions of the constitution, during independence, the union territories were either not a part of India or were too small to be made into a state.

States Reorganisation Commission in 1956 recommended the formation of a different category for these territories & named it Union Territory. The “Union Territory” status is assigned to an Indian subdivision to protect the rights of indigenous cultures, averting political turmoil related to matters of governance, being newly inducted into India from a foreign colony, and so on.

8 Union Territories in India in Hindi

In 1954, Puducherry was merged into the Republic of India after getting independent from French rule and became the Union Territory of Puducherry.  In 1963, Puducherry was permitted the status of Partial Statehood.

In the early 1970s, Manipur, Tripura, and Himachal Pradesh were also given the status of Statehood. And Chandigarh became a Union Territory.

Delhi was primarily a State. On 27 March 1952, the first Delhi Legislative Assembly elections were held for a total of 48 seats. Chaudhary Brahm Prakash Yadav was elected the first CM of Delhi. However, after introducing the State Reorganisation Act of 1956, Delhi lost its Statehood and became a UT. In 1991,  Partial Statehood status was provided to the Union Territory of Delhi and now it is known as the National Capital Territory of Delhi.

Currently, there are 8 Union territories in India. The list of the Union Territories of India is given below:

Andaman and Nicobar Islands are located between 6° and 14° North Latitude and 92° and 94° East Longitude. The islands located in the north are known as the  Andaman Group of Islands while the islands located in the south are called the  Nicobar Group of Islands. The climate of the islands can be defined as a humid, tropical coastal climate. Andaman and Nicobar Islands receive rainfall from the southwest and northeast monsoons and the maximum precipitation is between May & December.

Dadra and Nagar Haveli and Daman and Diu

Recently Daman and Diu have been merged into Dadar and Nagar Haweli to form a single Union Territory by the govt of India. From 1954 to 1961, the territory functioned almost & was known as the ” Free Dadra and Nagar Haveli Administration “. Later, the territory was merged with the Indian Union on 11 August 1961, and since then, is being administered by the Government of India as a Union Territory.

Lakshadweep is the smallest Union Territory of India. It was earlier believed that the Lakshadweep Islands were originally Hindus, and later converted to Islam under the influence of Arab traders, sometime in the 14th century. In 1956, the islands were constituted into a single territory, and since then they have been administered by the Union Government through an Administrator.

Puducherry comprises the former French establishments Puducherry, Karaikal, Mahe, and Yanam. It is scattered in South India. Puducherry the capital of the Union territory was once the original headquarters of the French in India. It was under French rule for 138 years and merged with the Indian Union on 1st November 1954. It is bounded on the east by the Bay of Bengal and on the three sides by Tamil Nadu.

In the year 1911, Delhi became the center of all activities as the capital was shifted from Kolkata. Delhi was made a Union Territory in 1956. Delhi is situated in the northern part of the country. It is surrounded by Haryana on all sides except the east. On the east, it borders Uttar Pradesh. The 69th Constitutional amendment is a milestone in the history of Delhi as it got a Legislative Assembly with the enactment of the National Capital Territory Act, 1991.

Chandigarh serves as the joint capital of both Punjab and Haryana States. Chandigarh is a fully grown town of the most modern architectural splendor. Chandigarh nestles in a picturesque setting in the foothills of Shivalik hills and enjoys the popular epithet “City Beautiful”. Chandigarh Represents modern architecture and town planning, the city is a creation of the French Architect, Le Corbusier.

How do Delhi, Puducherry, Jammu & Kashmir have other systems than other Union Territories?

Q. How many union territories are there in India?
Ans. There are 8 Union Territories in India.

Q. Which two Union Territories are merged recently?
Ans. Daman and Diu are merged into Dadar and Nagar Haveli.