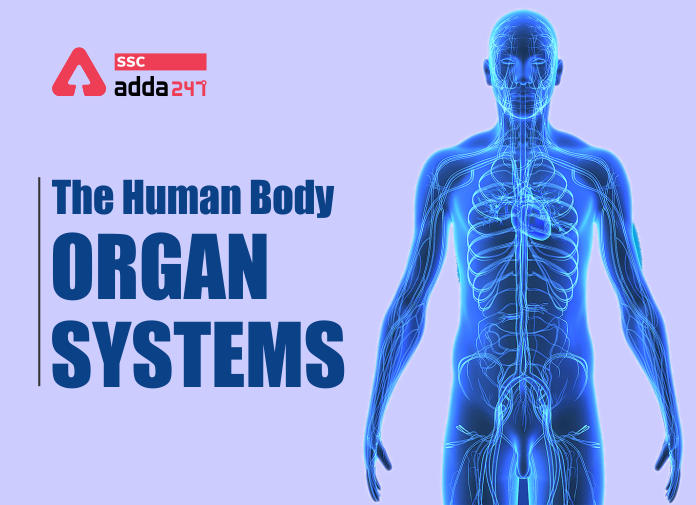 Humans are a complex creature with complicated anatomy and physiology as compared to other beings. The human body comprises of organ systems to regulate the functioning of the body and to make sure we remain healthy in our lives. Our body has specific biological systems to carry out specific functions in the body. You must know about the organ systems of the human body to know how our body functions to make us work efficiently. 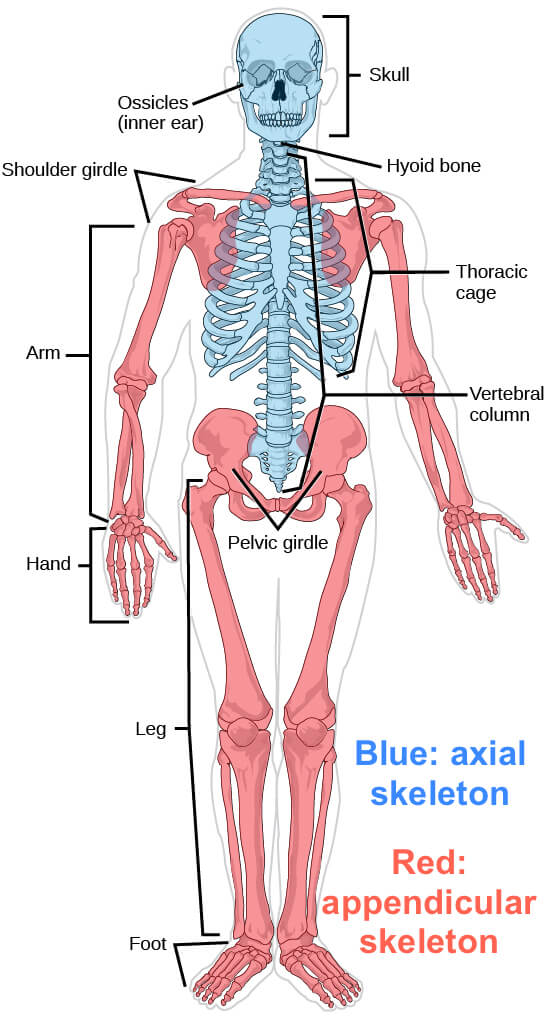 Under the nervous system, the nerves are spread throughout the body emitting signals and electrical impulses in response to external changes. The nervous system comprises of: 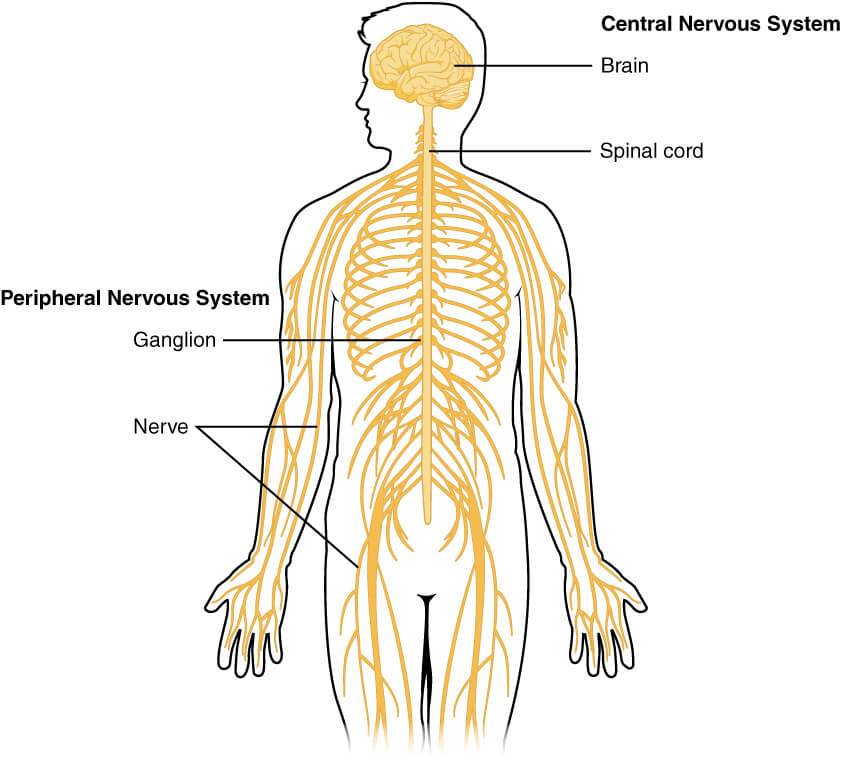 CNS controls the whole body and is made up of 2 parts namely brain and Spinal cord.

The brain is the most complex part of the human body. This three-pound organ is the seat of intelligence, interpreter of the senses, initiator of body movement, and controller of behaviour. The brain can be divided into three basic units:

• It lies at the base of the cerebrum.
• It controls sleep and wake cycle (circadian rhythm) of the body.
• It also controls the urges for eating and drinking.

• It lies below the cerebrum and at the back of the whole structure.
• It coordinates the motor functions.
• It is responsible for precision of voluntary actions and maintaining the posture and balance of the body.

• A major clearinghouse for information going to and from the spinal cord and the cerebrum.
• Cerebrospinal fluid (CS(F) is a watery fluid that circulates through the brain’s ventricles (cavities or hollow spaces) and around the surface of the brain and spinal cord.

The circulatory system is responsible for circulating blood throughout the body for a proper functioning of the system. There are 4 parts under it:

The human heart is an organ that pumps blood throughout the body via the circulatory system, supplying oxygen and nutrients to the tissues and removing carbon dioxide and other wastes. The human heart has four chambers: 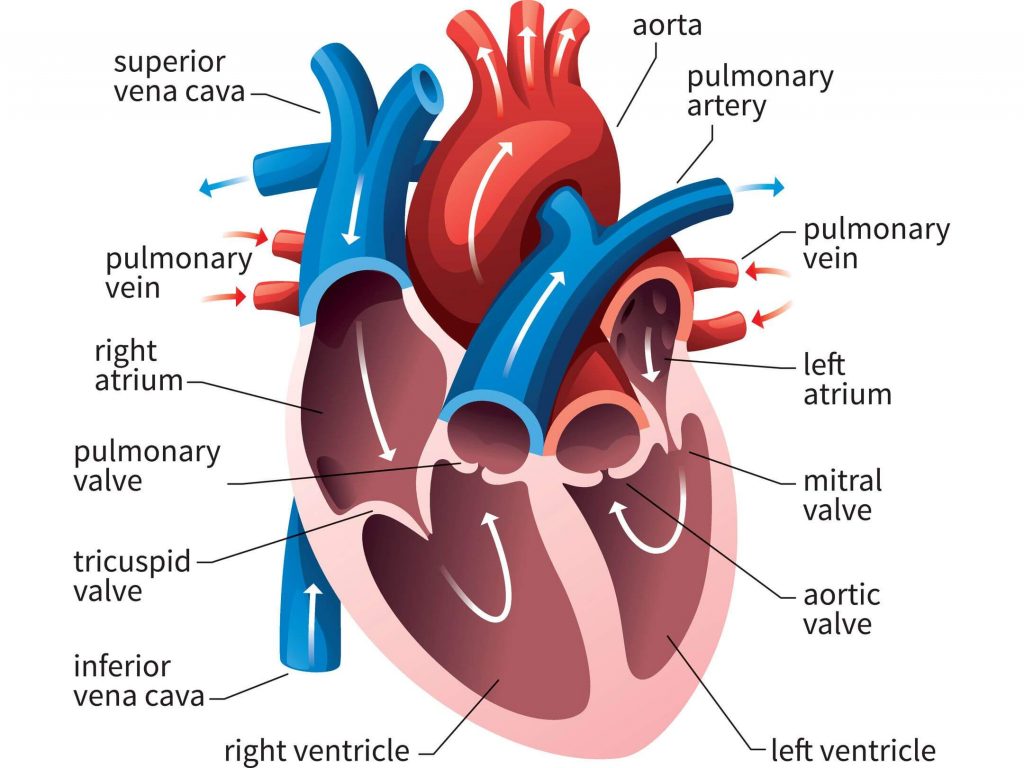 The heart circulates blood through two pathways:
1. The pulmonary circuit
2. The systemic circuit

The human digestive system is a coiled, muscular tube (6- 9 meters long when fully extended stretching from the mouth to the anus. 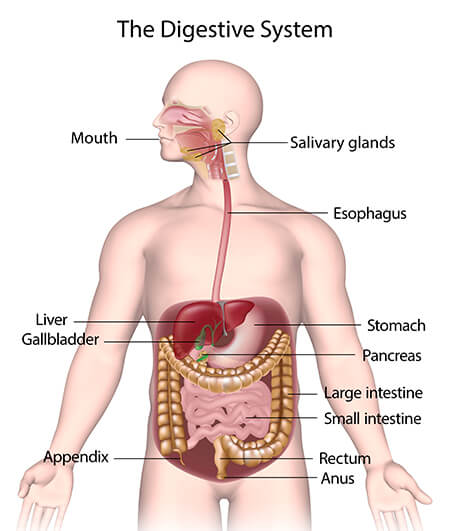 Chemical breakdown of starch by production of salivary amylase from the salivary glands into glucose. This mixture of food and saliva is then pushed into the pharynx and oesophagus.

The small intestine is the major site for digestion and absorption of nutrients.

The urinary system is made-up of the kidneys, ureters, bladder, and urethra. The Nephron, an evolutionary modification of the nephridium, is the kidney’s functional unit. 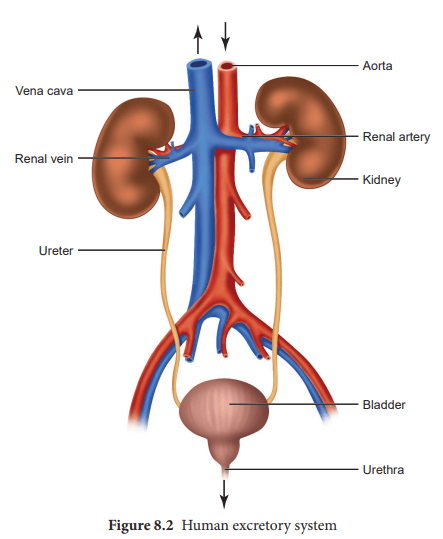 The endocrine system is made up of glands that produce and secrete hormones, chemical substances produced in the body that regulate the activity of cells or organs. These hormones regulate the body’s growth, metabolism (the physical and chemical processes of the body), and sexual development and function. 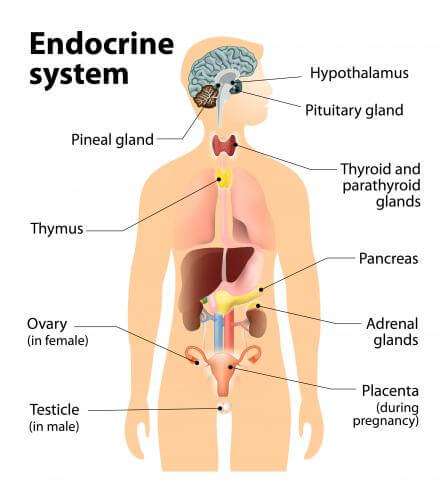 The adrenal glands (also known as suprarenal glands) are endocrine glands that produce a variety of hormones including adrenaline. They are found above the kidneys.

The hypothalamus is a portion of the brain that contains a number of small nuclei with a variety of functions.
Function: Link the nervous system to the endocrine system via the pituitary gland.

The pituitary gland (often called the master gland) is located in a small bone cavity at the base of the brain. It is an endocrine gland about the size of a pea and weighing 0.5 grams in humans. Hormones secreted from the pituitary gland help control:
• growth,
• blood pressure,
• certain functions of the sex organs,
• metabolism,
• pregnancy,
• childbirth,
• nursing,
• water/salt concentration,
• temperature regulation
• pain relief.

The thyroid gland, or simply the thyroid is one of the largest endocrine glands in the body. It is found in the interior neck, below Adam’s apple.

The pancreas is a glandular organ in the digestive system and endocrine system of vertebrates. In humans, it is located in the abdominal cavity behind the stomach. It produces several important hormones:
• including insulin,
• glucogen,
• somatostatin, and
• pancreatic polypeptide which circulates in the blood.
The pancreas is also a digestive organ, secreting pancreatic juice containing digestive enzymes that assist digestion and absorption of nutrients in the small intestine.