Our solar system mainly consists of a big star known as The Sun and everything that revolves around it, including planets, moons, asteroids, comets and meteoroids. There are a total of 8 planets and 5 Dwarf planets with 200+ moons, thousands of comets and lakhs of asteroids present in the solar system. It is a part of the milky way galaxy which is spiral and forms the centre of it. Scientists have estimated that the edge of the solar system is about 9 billion miles (15 billion kilometres) away from the sun. Currently, our Solar system is the only one to support life so far but scientists are exploring interstellar space and other options for the latest findings. Check out the complete details about our Solar System including the planets, moons etc.

Why is it named the “Solar System”?

Formation of the Solar System

Many scientists think that our solar system formed from a giant, rotating cloud of gas and dust known as the solar nebula. As the nebula collapsed because of its gravity, it spun faster and flattened into a disk. Most of the material was pulled toward the centre that resulted in the formation of the sun. Other particles within the disk collided and adhered together to form asteroid-sized objects named as planetesimals. Some of which combined to become the rocky surfaces named asteroids, comets, moons and planets. The solar wind from the sun was so powerful that it swept away most of the lighter elements, such as hydrogen and helium, from the innermost planets, leaving behind mostly small, rocky worlds. The solar wind was much weaker in the outer regions, however, resulting in gas giants made up mostly of hydrogen and helium forming the outermost planets. 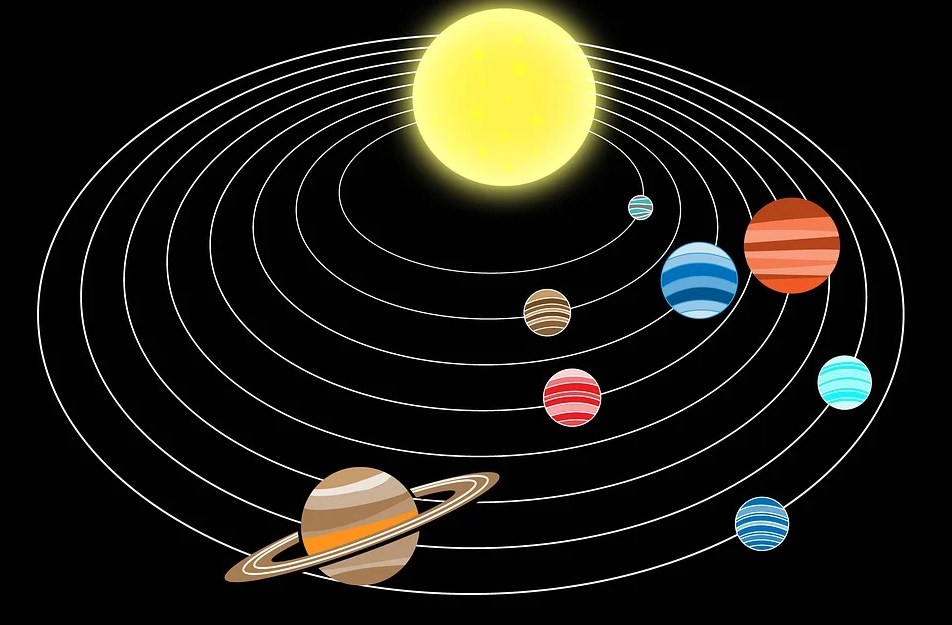 The sun is by far the largest object in our solar system. It contains 99.8 per cent of the solar system’s mass and is a hot ball of glowing gases. The gravity of the Sun holds the Solar system together keeping everything in its orbit. Planets orbit the sun in oval-shaped paths called ellipses, with the sun slightly off-centre of each ellipse. Without the Sun’s energy, there will be no life on earth.

The Planets of Solar System

There are eight planets in our Solar System that are revolving around the Sun in elliptical orbits. The closest four planets namely Mercury, Venus, Earth, and Mars are termed terrestrial planets, which means they have a hard rocky surface. The farthest four planets of solar system namely Jupiter, Saturn, Uranus, and Neptune are called gas giants. These planets are much larger and their surface is composed of gas elements (mostly hydrogen).

Comets are often recognised as dirty snowballs and consist mainly of ice and rock. When a comet’s orbit comes close to the sun, the ice in its central nucleus turns into gas that shoots out of the comet’s sunlit side, carried by the solar wind outward to form into a long tail.

The asteroid belt is a region between the planets Mars and Jupiter. In this region of Asteroid belt, thousands of rocky objects orbit around the Sun. They range in size from tiny dust-like particles to the dwarf planet Ceres.

The Kuiper belt is a region of thousands of small bodies that exist outside the orbit of the planets. Objects in the Kuiper belt consist of “ices” such as ammonia, water, and methane.

Facts About our Planet — the Earth 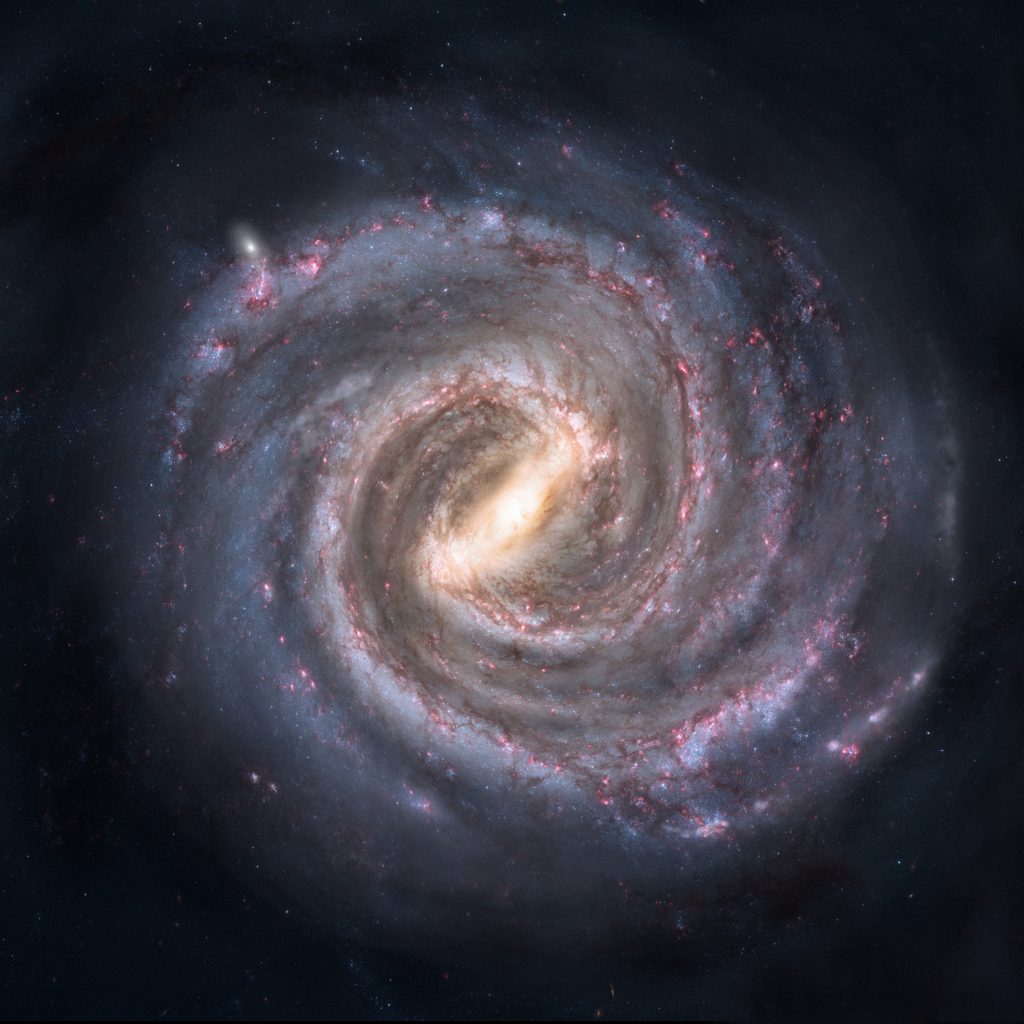 Questions Based on Solar System