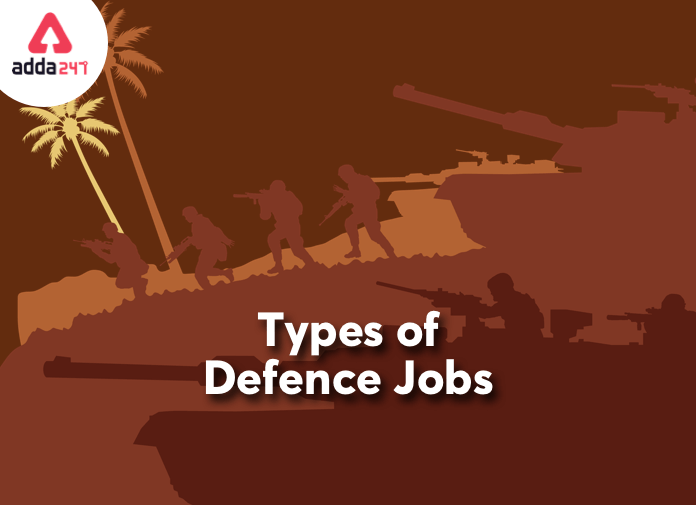 Defence jobs have a major appeal among the young Government Job aspirants, due to the profile of the job and a high amount of perks offered. Defence jobs are a very respectable jobs with well-paid salary and assured future through a pension. Every year huge number of candidates are recruited in Indian armed forces (Army, Navy and Air Force). Defence jobs are introduced by various government agencies, which recruit candidates through Entrance examinations and other tests. Candidates from all over the country, with 10th, 12th, ITI, diploma, engineering and other graduation qualifications apply for defence jobs. Defence jobs provide a wonderful opportunity to attain a reputable post and serve your nation. The exams are used to assess the understanding of concepts and intelligence of the candidate.

The land-based branch of Indian Armed Forces. Indian Army is the 2nd largest standing army in the world. Indian Army provides one of the biggest job opportunity to aspirants in Defence jobs in India. There are two types of jobs that an aspirant can get. The first one is joining it as a Sepoy and second one is joining as Lieutenant.

There are three types of defence jobs in Indian Navy. First one is Officers, second is Sailors and the third one is as Civilian job.

Aspirants can join the Indian Air Force in two ways, the first one is an Officer and the Second one is as an Airman.

If you want to work with pride and touch the sky with glory, join IAF. One can join IAF defence job in any of the following branches.

It is a very big opportunity for candidates to join the Defence job of Indian Air Force as Airmen. All the 10+2 qualified candidates are eligible for the recruitment & can join the IAF as Airmen in Group X or Group Y.