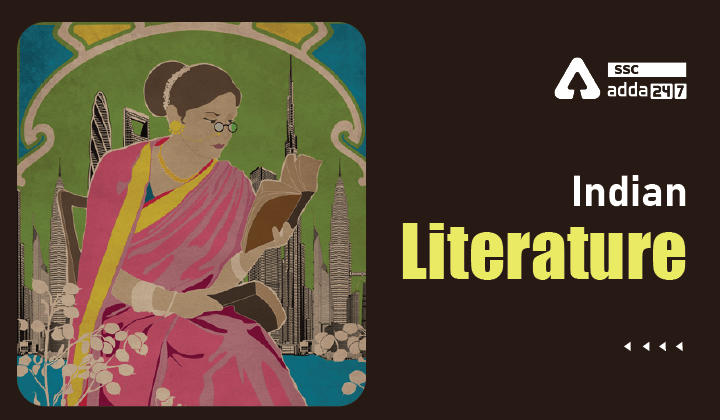 Indian Literature or Indian English Literature (IEL) is a type of organization where English Writers works. The primary language of the writers is English and their co-native languages could be any language of India. History of Indian Literature started with the works of Henry Louis Vivian Derozio and Michael Madhusudan Dutt followed by Rabindranath Tagore and Sri Aurobindo and R.K. Narayan and Raja Rao contributed to the expansion and popularity of Indian English fiction in the 1930s. It is also associated, in some cases, with the works of members of the Indian Diaspora who subsequently comprise works in English.

Indian Book of Records contains the details of all the achievers of India who achieved something uneasy and made a record in some specific things. It also includes the names of top literature writers and their work contributed to English Literature.

Indian Literature in English refers to that body of work by writers from India, who writes mainly in the English language and whose native or co-native language could be one of the numerous languages of India. Indian Literature is also intimately linked with the works of associates of the Indian diaspora, who was born in India but presently reside out of India.

History of Indian Literature in English

In 1793, Sake Dean Mahomed wrote possibly the first book by an Indian in English, called “The Travels of Dean Mahomed “. However, most early Indian writing in English was non-fictional work, such as narratives, biographies, and political issues.

This began to change in the late 1800s when famous Indian authors started to write in the English language also. In the early 1900s, Rabindranath Tagore began translating his works from Bengali to English.

Moving in 1917 Dhan Gopal Mukerji wrote many children’s stories in India. He was awarded the Newbery medal in 1928 for Gay Neck, the Story of a Pigeon.

Soon after, a new generation of Indian authors, who wrote almost exclusively in English, hit the bookshelves, beginning in 1935 with R.K. Narayan’s Novel “Swami and Friends” and Mulk Raj Anand’s Untouchable and Raja Rao’s Kanthapura followed in 1938.

Narayan’s, Anand’s, and Rao’s writing different from the Indian authors before them were that their stories were about the contemporary man on the street. It made them more popular and unique in their writing style.

There was also a feeling of Patriotism in their work, in terms of the words they used and their style of writing. This resonated with the new, but growing ranks of Indians reading English literature.

Their works were the antecedents to the extraordinary diversity of Indian Literature in English that we see today too.

Indian Literature is a very important section of the UPSC exam. The candidates can choose English Literature as the main subject in their UPSC Mains paper. Indian Literature UPSC syllabus is too vast but the candidates need to cover it smartly. The UPSC offers 48 optional subjects to candidates to choose from in the civil services mains exam. Out of these, 23 are the literature of languages. English literature is one of them and is a popular option among the language options.

Let us discuss here the English Indian Literature UPSC paper structure in detail for the ease of candidates.

There are two optional papers in the UPSC mains exam. Both the papers are of a total of 250 marks making the total optional marks 500.

The UPSC English Literature syllabus, in short, includes the following:

The writers who work dedicated to English writing are awarded some prestigious awards. These awards are given by Government and other organizations’ work in English Literature. Some prestigious Indian Literature Awards are listed below.

Classical literature refers to the great master’s pie of Greek, Roman, and other ancient cultures. The works of Homer, Ovid, and Sophocles are all examples of classical literature. The term isn’t just limited to novels. It can also include epic, lyric, tragedy, comedy, pastoral, and other forms of writing.

Classical Indian Literature is the study of Sanskrit epics Ramayana and Mahabharata were subsequently codified and appeared towards the end of the 2nd millennium BCE. Classical Sanskrit writings developed rapidly during the first few centuries of the first millennium BCE, as did the Pāli Canon and Tamil Sangam literature.

The Classical Indian literature of those languages depended largely on the ancient Indian background, which includes two Sanskrit poems, the Mahabharata and Ramayana, as well as the Bhagavata- Gita and the other Puranas.

Indian literature journal is a document that contains all the details of an Indian writer’s work. English Literature Journal is published bi-monthly by the Sahitya Akademi.  India’s National Academy of Letters. It was first launched in 1957, and it is currently edited by British-Indian journalist Antara Dev Sen.

We hope these notes on Indian Literature In English were helpful for you and will give a little boost to your preprations. For more notes like these stay connected with sscadda.com. And if you want to read this article in Hindi then click on the link provided below.