Skip to content
Dear Readers,
Many a times you may have faced difficulties
while filling the preferences in SSC CGL application form. We have often
received many queries by you people over the same confusion, So we decided to
sort this out for you and Here we are posting you about the nature of the jobs
and positions of responsibility in them. Hope this will help you to some
extent. 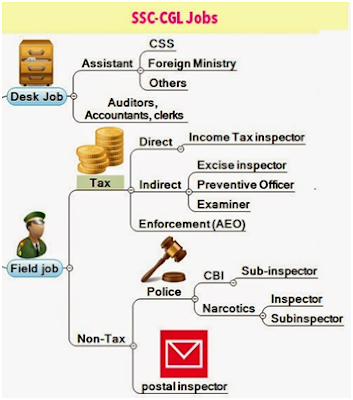