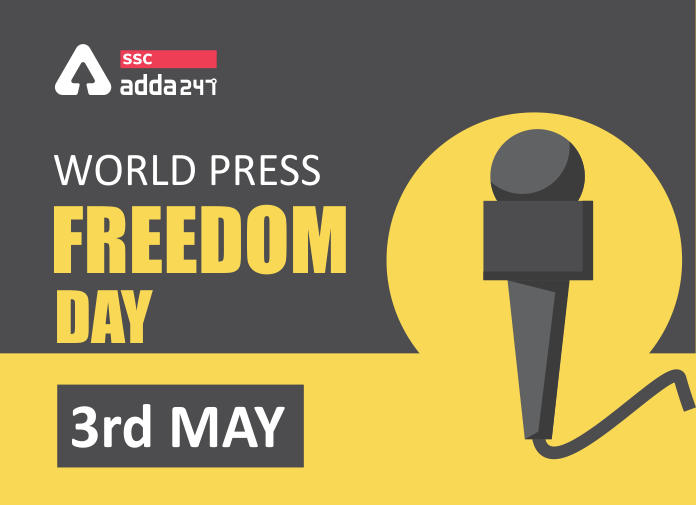 Every year, 3rd May is celebrated as the World Press Freedom Day that reminds about the freedom of journalism throughout the world. Mass Media communication is an important medium to convey the latest news and information on what is happening around the world. Respecting the media whether electronic or print media must be the main motive of the countries. The freedom of the media must be respected. To raise awareness on the same purpose, World Press Freedom Day is observed by the nations.

The theme for World Press Freedom Day 2020 as declared by the UNESCO is “Journalism without Fear or Favour” This year UNESCO has launched a global campaign on media and social media channels focusing on fair journalism without any fear or favour. Also, in view of the current situation, events & online discussions will be held on Facebook Live, YouTube, and Microsoft teams, amongst other digital platforms. The Netherlands is the host for World Press Freedom Conference 2020. It will be held from 18 to 20 October 2020 at the same venue.

World Press Freedom Day was declared by the UN General Assembly in December 1993, as per the recommendations of UNESCO’s General Conference. 3 May is the anniversary of the Declaration of Windhoek. It is basically a declaration of fundamentals of press freedom assembled in 1991 by the African Journalists to promote an independent African press. Hence, it is celebrated worldwide as World Press Freedom Day.

The governments must realise the need to respect their commitment to press freedom. It is also a day when media professionals must raise issues of press freedom and professional ethics. It is an opportunity to:

“A free press can, of course, be good or bad, but, most certainly without freedom, the press will never be anything but bad.”
― Albert Camus