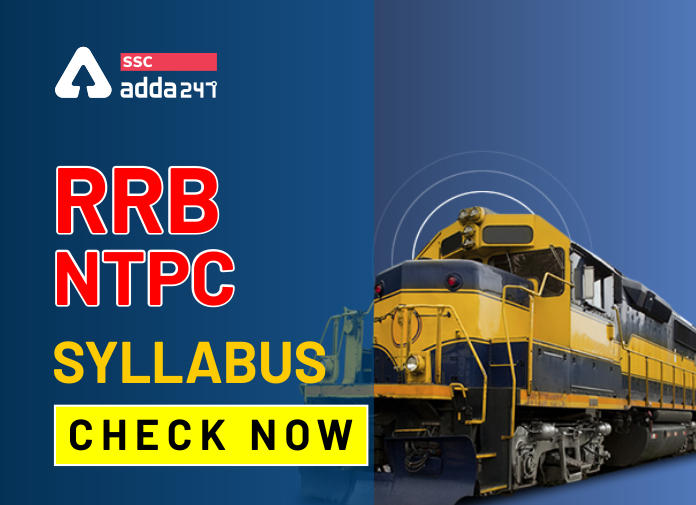 Railway Recruitment Board has released a total of 35281 vacancies for various posts through Non-Technical Popular Categories notification. All the details regarding the RRB NTPC CBT 2 Syllabus and recruitment process are provided below.

The topics included in stage 2 will be the same as that of stage 1 but with a different marking scheme. The RRB NTPC Syllabus 2022 following topics are coming in Stage 2: Basic Elementary Science is one of the most important subjects for RRB NTPC Syllabus 2022. The topics are as follows:

RRB NTPC Syllabus Subject-wise: The Questions will be of objective type with multiple choices and will include questions about the three topics namely General Awareness, Mathematics, and General Intelligence and Reasoning.

As per the Syllabus of RRB NTPC, the stage 1 exam contains 100 questions to be attempted in 90 minutes. The subject-wise exam pattern is given below:

We hope you found what you were looking for in this article for more updates on RRB NTPC Syllabus in detail stay connected with sscadda.com. To read this article in Hindi please click on the link given below.

Ans. You can get the detailed syllabus for RRB NTPC on the website- sscadda.com.

Q. Is there a negative marking in RRB NTPC?

Q. What is the RRB NTPC syllabus?

Ans. RRB NTPC syllabus comprises all the topics from which questions are likely to be asked in the exam.

Q. What are the important topics in the Maths section of RB NTPC?

Ans. Some of the important topics for the RRB NTPC Maths syllabus include Number System, Ratio and Proportions, Percentage, Mensuration, Time & Work, and Time & Distance.

Q. What are the important topics in the General Intelligence and Reasoning section of RRB NTPC?

Ans. Some of the important topics for the RRB NTPC General Intelligence and Reasoning syllabus consists of Mathematical Operations, Relationships, Analogies, Coding and Decoding, Analytical Reasoning, and Syllogism.

Ans. Some of the important topics for the RRB NTPC General Awareness syllabus consist of history, geography, polity, current affairs, and science.