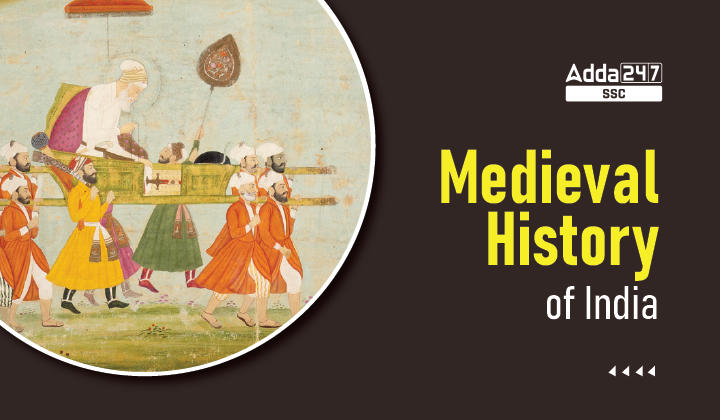 Cholas remained as subordinates to the Pallavas in the Kaveri region. The re-emergence of Cholas began with Vijayalaya (850–871 CE) conquering the Kaveri delta from Muttaraiyar. He built the city of Thanjavur and established the Chola kingdom in 850.

Parantaka Chola set the tone for expansion of the territory and broadened the base of its governance . Parantaka Chola suffered a defeat at the hands of the Rashtrakutas in the famous battle of Takkolam .
Rajaraja I is the most important Chola kings. He engaged in naval expeditions and emerged victorious in the West Coast, Sri Lanka and conquered the Maldives in the Indian Ocean. He named northern part of Sri lanka as mummidigonda cholamandalam.

Turkish conquest of India
After the Arab penetration into Sindh, it was the Turks who made inroads into India in 11th Century. The credit of establishing the Muslim rule in India goes to the Turks.
Alptigin, a Trukish Slave of the Samanid king Amir-Abu-Bakr Lawik founded the Ghaznivid dynasty in 963.

Mohammad Ghazni undertook seventeen raids into India during the period between 1000 and 1027 CE, is a significant event in the history. Mahmud’s invasion of India was purely religious and economic and not political.

Later, Muhammad Ghori’s invaded on the Multan and fortress of Uch, with a view to bring back the Muslim states of India and conquered it easily in 1175.

First Battle of Tarain or Thaneshwar 1191.

Several Rajput kingdoms came to rule during the medieval period.

The Delhi Sultanate was period of Islamic rule in India. Before 1000 AD India was ruled by the Hindu and Buddhist kingdom.

Mughal rule was established by Babur (1526–30). He was succeeded by his son Humayun, then Humayun’s son Akbar (1556–1605); and Shah Jahān. Under Aurangzeb (1658–1707) the empire reached its greatest extent, but his rule also witnessed beginning of decline of mughal power. It broke up under pressure from factional rivalries, dynastic warfare, and the invasion of northern India in 1739 by Nadir Shah.

Maratha Confederacy
The Maratha Empire dominated a large part of the Indian subcontinent in the 17th century.

The empire formally existed from 1674 with the coronation of Chattrapati Shivaji Maharaj and ended in 1818 with the defeat of Peshwa Bajirao II at the hands of the British East India Company.

The kingdom of Vijayanagar was founded by Harihara and Bukka, two of five brothers (surnamed Sangama) who had served in the administrations of both Kakatiya and Kampili before those kingdoms were conquered by the armies of the Delhi Sultanate in the 1320s. When Kampili fell in 1327, the two brothers are believed to have been captured and taken to Delhi, where they converted to Islam.

It was founded in the Deccan region of South India. It was the first independent Muslim kingdom of the Deccan. It was known for its perpetual wars with its Hindu rivals of Vijayanagar.

The Sultanate was founded in 1347 by Alauddin Bahman Shah. It eventually sack the Vijayanagara capital after the Battle of Talikota.

As we have seen that medieval period began after the decline of Harshavardhana and it continued till the decline of Mughal rule in India. Though historian share different opinion with respect to precise time when medieval period came to an end and modern period began in India, but it was after the Battle of Plassey that British for the first time became a dominant power in India and and later occupied significant power in Bengal which may be considered as the beginning of modern period in India.

Market is flooded with materials, but it is not advisable for the students to jump into that flood. Students should strict only to the authentic and trusted books for medieval history. NCERT Class XI Medieval India (Satish Chandra),  NCERT Class XII Theme in Indian History- II & NCERT Class XII Theme in Indian History- III are must read for beginners. Those who have basic idea of medieval history can directly refer to the ‘‘History of Medieval India” by Satish Chandra.

Q. Which city became the symbol of sovereignty of India in early medieval times?

Which city became the symbol of sovereignty of India in early medieval times?

In which battle did Mohammad Ghori defeated Prithavi raj chauhan?

Who established Mughal rule in India?

Mughal rule was established by Babur.