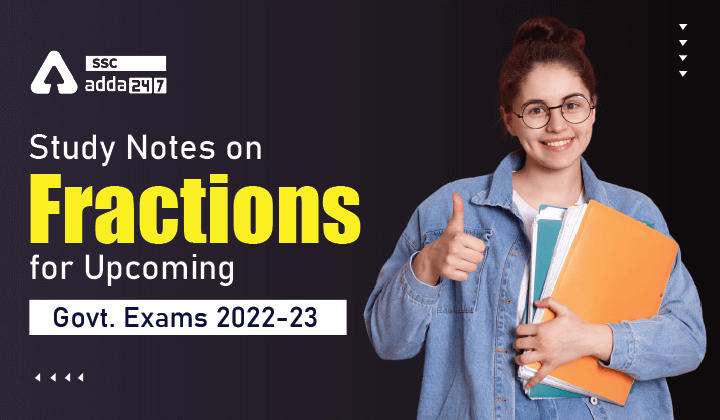 Simply a fraction is represented in x/y form where x is a numerator which is shown at the top and y is a denominator shown below. It means x is a whole thing and y is some fixed part of x. In our daily life, we deal with fractions many times like we take 1/2 tumbler of water, 1/4 mug of syrup, 1/2 part of chappati, etc.

The daily life examples of fractions are listed below:

What is Fraction In Hindi

A fraction whose numerator is greater than or equal to the denominator is known as an improper fraction. It is just the opposite of proper fractions and can be identified by observing the values of the numerator and denominator. For example 3/2, 7/4, 8/5, 4/3, 9/2, 6/5, 7/6, and so on.

The mixed fractions are shown above.

The simplification of like can be done easily using basic mathematical operations.

For example, Convert 0.25 to fraction form

Where decimal is placed after two numbers then we will multiply by 100/100 in both numerator and denominator to get the required fraction.

Fraction Addition with the Same Denominator

Follow the below-mentioned steps to add the fractions with the same denominators:

Solution: Both the given fractions 3/15 and 5/2 have different denominators.

The required fraction is 27/10

Multiply the numerators then denominators we get

Que.1 What is a fraction?

Ans – A fraction is a part of the whole quantity represented in the form x/y. For example, 2/5 is a fraction.

Que.2 What is a proper fraction?

Ans- A fraction having a numerator less than the denominator is called a proper fraction. For example 1/4.

Que.3 What are equivalent fractions?

Ans – When two fractions give the same value on simplification then both are equivalent fractions. For example 3/9 and 4/12.

On multiplying numerators and denominators we get 8/27