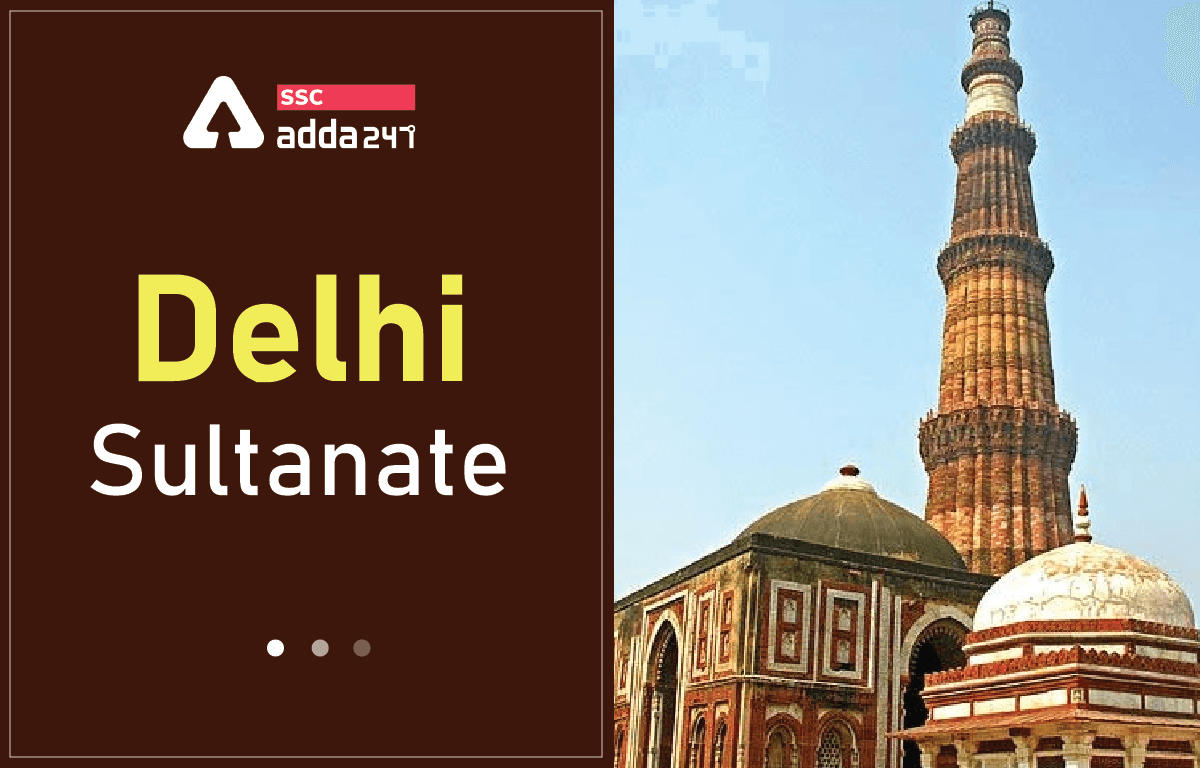 In this article, we are providing a detailed insight into the Delhi Sultanate including all the related information about the Mamluk dynasty, Khalji dynasty, Tughlaq dynasty, Sayyid dynasty, and Lodhi Dynasty.

In 1206 Qutubuddin Aibak made India free of Ghazni’s control. Rulers who ruled over India and conquered new territories during the period 1206-1290 AD. are known as belonging to the Mamluk Dynasty as known as the Slave dynasty. The below table contains the Ruler’s name, their period, and the events the rulers.

Here we have provided detailed information about the rulers which will help the candidates to prepare according to the exam.

He came from the region of Turkistan and he was a slave of Mohammad Ghori. He ruled as a Sultan from 1206 to 1210. While playing Polo, he fell from the horse and died in 1210.

After Aibak’s death, his son Aram Shah was enthroned at Lahore. In the conflict between Iltutmish and Aram Shah, Iltutmish was victorious.

He was a slave of Aibak. He belonged to the Ilbari Turk clan of Turkistan. In 1211 Iltutmish occupied the throne of Delhi after killing Aram Shah and successfully ruled up to 1236.

Iltutmish completed the unfinished construction of Qutub Minar, which was started by Qutubuddin Aibak. He built the Dhai Din ka Jhopra at Ajmer.

She was the first lady Sultan who ruled for three years, six months, and six days. From 1236 to 1240. She appointed Jamaluddin Yakut as the highest officer of cavalry. In 1240, the feudal lord (Subedar) of Bhatinda, Ikhtiyaruddin nobles imprisoned Razia and killed Yakut. To counter her enemies Razia married Altunia and once again attempted to regain power. On 13th October 1240, near Kaithal when Razia and Altunia were resting under a tree, some dacoits killed them.

Set on the throne of Delhi in 1266 and he adopted the name of Ghiyasuddin Balban. For the defense from Mongols Balban reorganized the Military department – known as Diwan – i – Ariz.

The Khalji Dynasty was the second ruler after the Slave Dynasty.

The Story Of Alauddin Khilji

He was the founder of this dynasty. He became ruler in 1290.

Alauddin extended the boundaries of his empire and reorganized his administration. He adopted the title of Yasni – ul – Khalifat – Nasiri – Amir al Mu’minin and crushed the uprisings in his dominion.

In January 1303 Alauddin invaded Chittor and after 7 months, he captured it. Rani Padmini and others committed Jauhar.

The Tughlaq dynasty lasted from 1320 to nearly the end of the 14th century. The first ruler Ghazi Malik renamed himself Ghiyath al-Din Tughlaq and is also referred to in scholarly works as Tughlak Shah.

His name was Ghazi Malik or Ghazi Beg Tuglaq. After defeating Khusrau khan he ascended the throne of Delhi in 1320. He became the founder of the new dynasty known as the Tughlaq dynasty. He ruled up to 1325.

He sat on the throne with the title of Ghyasuddin II in 1388. But he ruled for only 5 months. Abu Bakr was made the king of Delhi.

The Sayyid dynasty ruled the Delhi Sultanate from 1415 to 1451. Khizr Khan was the first ruler of the Sayyid dynasty. In 141 Khizr Khan captured Delhi. He ruled Delhi up to 1421. His son Mubarak Khan ascended the throne of Delhi in 1421 after his father’s death and adopted the title of Mubarak Shah. He ruled for over 13 years from 1421 to 1434. His time was spent struggling against foreign enemies and internal conspirators.

The Lodi dynasty belonged to the Pashtun (Afghan) Lodi tribe. Bahlul Khan Lodi started the Lodi dynasty and was the first Pashtun, to rule the Delhi Sultanate. Sikander Lodi was the most prominent ruler of the Lodi Dynasty and also the founder of Agra City.

Q. Who was Qutubuddin Aibak?

Ans: Qutubuddin Aibak was the slave of Mohammad Ghori and ruled as a Sultan from 1206 to 1210.

Q. How many dynasties are there in Delhi Sultanate?

Q. Who was the founder of the Khalji Dynasty?

Ans: Jalaluddin Feroz Khalji was the founder of this dynasty. He became ruler in 1290.