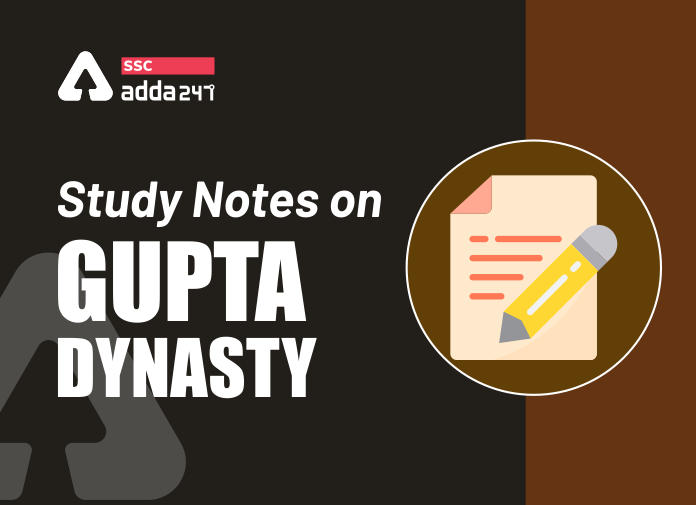 Gupta Dynasty: General Awareness is one of the most important sections which can help a candidate in scoring maximum marks in a competitive exam in the least amount of time. You don’t need to perform the complex calculations to settle for the correct option so, it’s best to be prepared with the facts and figures in advance so as to score to the maximum in this section. Here we are providing important notes related to the Gupta Dynasty. The Gupta dynasty was started by Sri Gupta, he ruled from 240 -280 CE. His son Ghatoksha (280- 319 CE. ) was the next successor of this Empire. Ghatoksha had a son named Chandragupta (I) (319-335 CE). Historians consider this period as the golden age of India. Let’s look at the Gupta Dynasty in detail.

Q. During which Gupta king’s reign did the Chinese traveler Fahien visit India?

Ans. Fahien visited India during the reign of Chandragupta II.

Q. Who was the founder of the Gupta dynasty?

Ans. The founder of the Gupta dynasty was Sri Gupta.

Q. Who was the first king to be called Maharajadhiraja?

Ans. Chandragupta I and he was the first to be called Maharajadhiraja

Q. In Indian history who is known as ‘Napolean of India?

Ans. Samudragupta is known as ‘Napolean of India

Q. Which Gupta ruler is known as Sakari and why?

Ans. Chandragupta Vikramaditya, because he conquered the Saka.