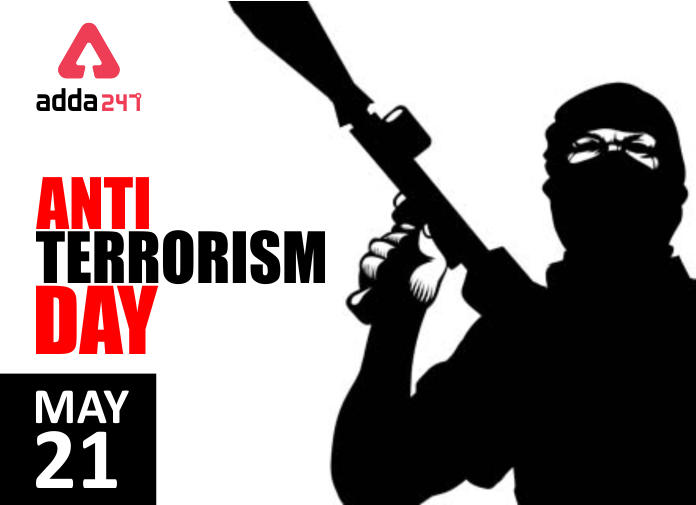 Anti-terrorism day is observed on 21st May each year in India in order to spread the message of peace and unity among the people. It is the day that is observed to motivate people to be united and stand against terrorism.

The fear of terrorism has increased in the past few years due to some of the major attacks and incidents across the world. The observance of the Anti-terrorism day in India started since one of the biggest terrorist attacks on one of the most important personalities of the country, Rajiv Gandhi.

The purpose of observing the Anti-terrorism day is to spread global harmony and to educate youngsters so that they do not get misguided or follow cult practices.

It is a day that pays tribute and respect to the soldiers who have died in terrorist attacks and in protecting the country against terrorism.

The day is observed on the death anniversary of Rajiv Gandhi, the youngest Prime Minister of India. He became the PM of the country just at the age of 40 after the assassination of his mother Indira Gandhi. But unfortunately in the year 1989, he was also assassinated through a terrorist attack while he was in a campaign in Tamil Nadu.

What happens on this day?

Anti-terrorist day is not a day to be celebrated with glory. It is rather a day of awareness and hence there are different awareness campaigns that are carried on this day.

The country has witnessed a number of terrorist attacks such as the Taj attack, Pulwama attack, and even many mob lashes that take place. The campaigns run to spread awareness that terrorism is not about a particular religion. Any unnecessary disturbances in the society caused by any community or any group are terrorism. Hence the day is about educating the masses to stay away from such incidences and disturbances.

There has been noticed how teenagers are involved in terror planning by brainwashing them with fake and immoral teachings. The awareness is about such incidences where the future of the country is raised in the wrong way. The campaigns are run to bring to notice to deal with such people in the right way so that they can be corrected in place of killing them each time.

After the brutal assassination of Rajiv Gandhi, it was believed that terrorism cannot be ended alone with war. Awareness is also very much needed so that the terrorists can be dealt with properly. Also, education for the general public is very important who needs to understand the actual meaning of terrorism and hence can observe the anti-terrorism day with proper understanding.