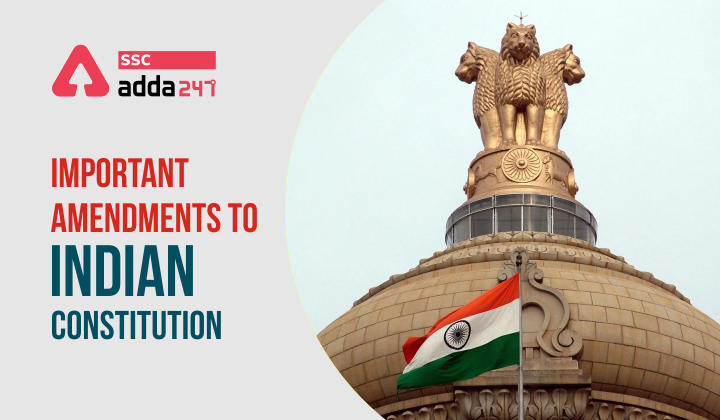 Important Amendments to Indian Constitution: General Awareness is an equally important section containing the same weightage of 25 questions in SSC CGL, CHSL, MTS exams and has even more abundant importance in some other exams conducted by SSC. To let you make the most of GA section, we are providing notes on “Important Amendments to Indian Constitution”. Also, General Awareness is a major part to be asked in various exams. We have covered important notes focusing on these prestigious exams. We wish you all the best of luck to come over the fear of the General Awareness section

Some important amendments are: