Q1. MUDRA Bank, a Non Banking Finance Company as MUDRA Ltd has been set up as a subsidiary of…………?

SIDBI
IDBI
RBI
NABARD
SBI
Solution:
MUDRA Bank, a Non Banking Finance Company as MUDRA Ltd has been set up as a subsidiary of SIDBI.

Q2. In which among the following year Asia’s first Export Processing Zone (EPZ) was set up?

1959
1971
1965
1956
1975
Solution:
India was one of the first in Asia to recognize the effectiveness of the Export Processing Zone (EPZ) model in promoting exports, with Asia’s first EPZ set up in Kandla, Gujarat in 1965. With a view to overcome the shortcomings experienced on account of the multiplicity of controls and clearances; absence of world-class infrastructure, and an unstable fiscal regime and with a view to attract larger foreign investments in India, the Special Economic Zones (SEZs) Policy was announced in April 2000.

Q3. Which of the following Indian Wrestler defeated Lee Seung-chul of Korea to win the gold medal in themen’s 65 kg freestyle category at the Asian Wrestling Championship 2017?

Q4. Which of the following Indian state was on bottom most position in the list of recently released Public Affairs Index (PAI) 2017 in governance?

West Bengal
Chhattisgarh
Odisha
Bihar
Madhya Pradesh
Solution:
Two South Indian States – Kerala and Tamil Nadu – secured first and second rankings for the second year in a row while poll-bound Gujarat gained two positions rising from five in 2016 to three in 2017 and Bihar stayed at the bottom in public affairs index (PAI) in governance in States.

Q5. Which of the following Indian state hosted the first outreach program of the Ministry of External Affairs ‘Videsh Sampark’ to engage the State governments in creating awareness about various programmes of the Ministry?

Kerala
Karnataka
West Bengal
Assam
Telangana
Solution:
Telangana hosted the first outreach program of the Ministry of External Affairs ‘Videsh Sampark’ to engage the State governments in creating awareness about various programmes of the Ministry. It was inaugurated by the Minister of State for External Affairs, Gen. V.K. Singh. The conference will create awareness on the schemes regard to consular and passport services, engagement with overseas Indians, welfare and protection of overseas Indians.

Step I
Step II
Step III
Step IV
Step VI
Solution:
(6-10)
Students let us understand the Logic behind this Question and let’s understand how to solve it. When we see the each step, then we can find that there is both number and words are arranged in each step.
1) For words arrangement- Words are arranged according to ascending order given in English dictionary. In first step the word which come first according to English dictionary arranged first to extreme right. And in second step next word are arranged to extreme left.
And this process is continued in further step.
2) For number arrangement- Number are arranged according to ascending order. There are three odd number and three even numbers. In first three step odd number are arranged in ascending order first to extreme left end and in second step to extreme right end and this process is continued in further step.And in last three step even number are arranged in ascending order. (Each odd number is added by 1 while they are arranged and each even number is subtracted by 1 while they are arranged).
Input: 17 as 32 of 12 now 29 to 7 push 4 for
Step I: 8 17 32 of 12 now 29 to push 4 for as
Step II: for 8 32 of 12 now 29 to push 4 as 18
Step III: 30 for 8 32 of 12 to push 4 as 18 now
Step IV: of 30 for 8 32 12 to push as 18 now 3
Step V: 11 of 30 for 8 32 to as 18 now 3 push
Step VI: to 11 of 30 for 8 as 18 now 3 push 31

Q7. In step III, which of the following element would be at 2nd to the left of 5th from the right end?

Q8. How many step required completing the above arrangement?

Three
Four
Five
Seven
None of these.

Q9. Which of the following would be the step V after arrangement?

Q11. Two guns were fired form the same place at an interval of 10 minutes and 30 seconds, but a person in the train approaching the place hears the second shot 10 minutes after the first. The speed of the train (in km/hr), supposing that speed of sound travels at 330 metres per second, is 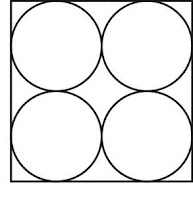 Then, find the area
of the square that is not covered by the coins

None of these
Solution: 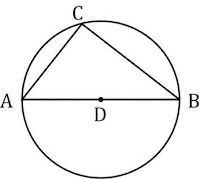 Q14. Ram and Shyam appear for an interview for two vacancies in an organization for the same post. The probabilities of their selection are 1/6 and 2/5 respectively. What is the probability that at least one of them will be selected?

Q15. Three groups of children contain 3 girls and 1 boy, 2 girls and 2 boys and 1 girl and 3 boys respectively. One child is selected at random from each group. The probability that the three selected consists of 1 girl and 2 boys is

Directions (16-20)
Read each sentence to find out whether there is any error in it. The error, if any, will be in one part of the sentence. The number of that part is the answer. If there is no error, the answer is (E). (Ignore errors of punctuation, if any.)

As mentioned on the form
and also in the brochure
please write your
name only with ink.
No error
Solution:
Use ‘in’ in place of ‘with’ because ‘ink’ is an uncountable noun and ‘with’ is used with countable noun.

Ramesh is a student
who we all expect.
to get more than
95% marks
No error
Solution:
Replace’ who’ with ‘whom’ because the relative pronoun is functioning as an object here and ‘whom’ is always used as an object.

He is one of
the best novelists
that has ever lived.
do you agree?
No error
Solution:
Replace ‘has’ with ‘have’. This is all because of the rule that the verb after a relative pronoun (who, whom,which,that,as,etc)agrees with the noun coming just before it.

He who knows
all the pros and cons
of any problem
can wield a lot of power
No error
Solution:
No error

I am obliged with you
and your entire family
for showing kindness
and generosity towards us.
No error
Solution:
‘Obliged’ is always followed by preposition ‘To’ not ‘with’