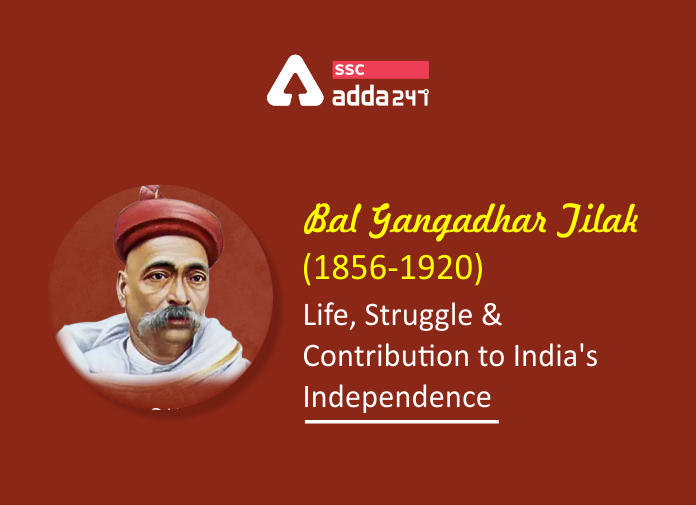 Bal Gangadhar Tilak: Bal Gangadhar Tilak was an Indian freedom activist and social reformer. Tilak was one of the main architects of modern India. He was probably the strongest advocates of Swaraj or Self Rule for India. Tilak was born on 23 July, 1856 in ratnagiri, Maharashtra. His famous declaration “Swaraj is my birthright, and I shall have it” ignited a fire of inspiration for future revolutionaries during India’s struggle for freedom.  Followers of Bal Gangadhar Tilak bequeathed upon him the title of ‘Lokmanya’ meaning he who is revered by the people.

Bal Gangadhar Tilak was born into a cultured middle-class Brahman family. He was raised in a village along the Arabian Sea coast in Maharashtra state until the age of 10. Tilak’s father, Gangadhar Shastri was a noted Sanskrit scholar and school teacher at Ratnagiri. His mother’s name was Parvati Bai Gangadhar. Due to his father’s transfer, the whole family shifted to Poona (now Pune). In 1871 Tilak married to Tapibai who was later rechristened as Satyabhamabai.

The young Tilak was educated at Deccan College in Poona, wherein 1876, he earned bachelor’s degrees in mathematics and Sanskrit. Tilak then studied law, receiving his degree in 1879 from the University of Bombay (now Mumbai). During that time, Tilak decided to teach mathematics in a private school in Poona. The school became the basis for his political career. Tilak developed the institution to a university college after he founded the Deccan Education Society (1884). The university collegeaimed at educating the masses, focusing on the English language. Tilak and his associates considered English to be a powerful force for the dissemination of liberal and democratic ideals.

Tilak’s endeavors as a freedom fighter were supported by fellow nationalists Bipin Chandra Pal of Bengal and Lala Lajpat Rai of Punjab. The trio came to be popularly referred to as the Lal-Bal-Pal. In the 1907 national session of the Indian National Congress, massive trouble broke out between the moderate and extremist sections of the Indian National Congress Party. Due to this, the Congress split into two factions.

Bal Gangadhar Tilak also published two newspapers that focused on his nationalistic goals. Those newspapers were ‘Mahratta’ (English) and ‘Kesari’ (Marathi). Both of these newspapers stressed on making the Indians aware of the glorious past and encouraged the masses to be self-reliant. These newspapers actively propagated the cause of national freedom.

Tilak also proposed Grand celebrations on ‘Ganesh Chaturthi’ and ‘Shivaji Jayanti’. He envisioned these celebrations inciting a sense of unity and inspiring nationalist sentiment among Indians. It is a sheer tragedy that for his allegiance towards extremism, Tilak and his contribution were not given the recognition, he actually deserved.

Tilak was deeply disappointed by the brutal incident of the Jalianwala Bagh massacre and due to this, his health started declining. Despite his illness, Tilak issued a call to the Indians not to stop the movement. He was willing to lead the movement but his health did not allow. Tilak suffered from diabetes and had become very weak. In mid-July 1920, his condition worsened and on August 1, 1920, one of the greatest Indian Freedom Fighter passed away.