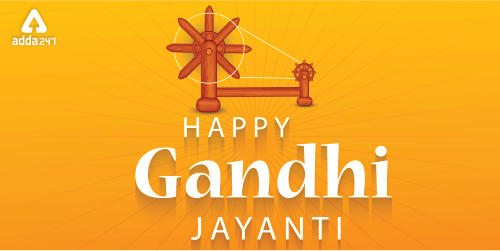 Every year, the 2nd of October is celebrated as Gandhi Jayanti to commemorate the birthday of “Father of the Nation”, Mohandas Karamchand Gandhi. This day is also celebrated as International Day of Non-Violence as declared by United Nations General Assembly on 15 June 2007. Gandhi Jayanti is celebrated in the honor of the birthday of the Father of the nation, Mohandas Karamchand Gandhi, popularly known as Mahatma Gandhi or Bapuji.  Internationally, this day is celebrated as the International Day of Non-Violence as Gandhiji was the preacher of non-violence. He is a symbol of peace and truth. At Raj Ghat, New Delhi, and across India, people gather to observe Gandhi Jayanti in innovative ways that include offering flowers on Gandhi’s pictures, statues and singing his favorite devotional song Raghupati Raghava Raja Ram.

Mahatma Gandhi is revered the world over as one of history’s most transformative and inspirational figures. Throughout his life in South Africa and India, Gandhi was a fearless campaigner for the rights and dignity of all people, whose constant and unwavering promotion of non-violence as a tool to win over hearts and minds has forever left its mark on the world. Here are some of the most famous and popular quotes by Mahatma Gandhi.

1. When was Gandhiji born?

2. When did Gandhiji go to South Africa to practice law?

Ans. Gandhiji went to South Africa to practice law in 1893

3. Where did Gandhiji’s first Satyagraha experimented?

Ans. South Africa in 1906, September to protest against the Asiatic Ordinance issued against the Indians in Transvaal.

4. Where was Gandhiji’s first satyagraha in India?

Ans. It was for the right of Indigo workers in Champaran in 1917