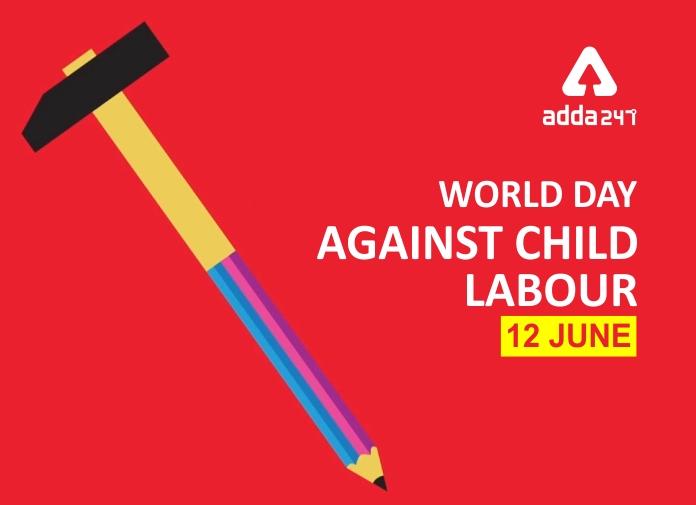 Child labor is a common problem that is visible in almost all nationals across the world today. Keeping this in mind, the World day against Child Labour is observed each year to spread awareness against the situation of child labor.

Nothing can be as cruel as noticing a child indulged in some kind of laborious work. As per the United Nations, every 10th child in the world is exposed to Child Labour. These children work in different fields such as cleaning, rag-picking, hospitality, and even sometimes in some of the most dangerous environments of factories.

The Global Problem of Child Labour

Children are often sent to work when the family is facing a financial crunch and the kid is the only source of hope for the entire family. Of course, there are also some such families, where the parents work but the child is also sent for work to get some extra income.

This concept is noticed mostly in the poorest countries of the world such as the region of Sub-Saharan Africa and Asia.

But again the trend of child labour can be also noticed in some of the industrialized countries like Italy. Children mostly under the age of 16 years are forced to child labour in this European country.

The pandemic COVID19 has hit the world quite hard. It is going to have a major impact on the children as they do not have strong immunity power. Child labour under such a threat is going to put children at risk even more. But again the situation has also brought economic pressure on many lives and this will again force many children to go out and earn for the family at a tender age.

It was in the year 2002 that the International Labour Organization (ILO) established World Day Against Child Labour. The day is observed on the 12th of June every year across the world to spread awareness to stop child labour.

Hence, the day is not just important to educate people to stop child labour but also to encourage children to study. It is important that people along with the nation should take certain steps that can help children go back to schools in place of working in factories and other places.

Children should work on their dreams in place of fields was the theme of 2019. The theme was to encourage nations and organizations to curb the situations of child labour and bring out policies that can help in the education of children from all strata of life.

2021 is observing the message that children should be protected from child labour now more than ever due to the pandemic situation of COVID 19. The pandemic has not just impacted the nations in terms of health but also in terms of finances. Most often, children are the very first ones who need to suffer in such a situation. They are sent to earn bread for the family exposing them to child labour.

The theme of World Day Against Child Labour 2021 is ‘Act Now: End Child Labour’. Amid the coronavirus pandemic and global crisis, there has been a drastic surge in child labor across the world due to people facing employment woes. As countries are slowly heading towards the new normal despite the pandemic, it is important to raise awareness and eradicate child labor completely.

This year Global March Against Child Labour in collaborating with many other organizations to check out the pandemic is going to affect child labour. Also, the aim this year is to find out ways and spread awareness to slowly reduce the cases of child labour globally.