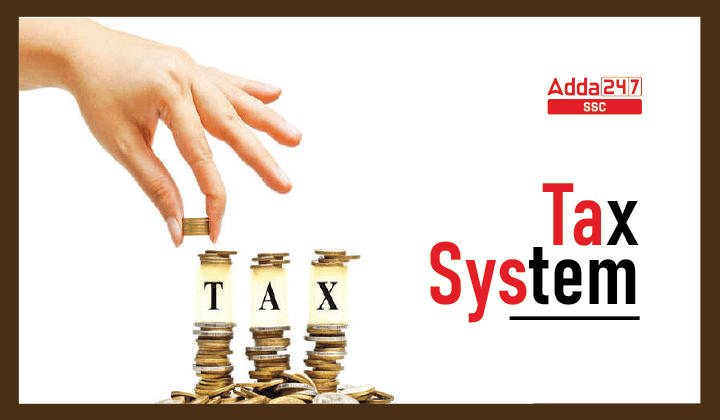 The Tax System in India is mainly structured by the Central Government and State Governments. Some minor taxes are also imposed by the local authorities such as the Municipality and the Local Administration. The tax rates in India are decided by considering the income of people, economic activities in that region, locality, etc. The government also provides subsidies to poor people who cannot pay more taxes. You can download the Tax System PDF from the official sources of the administration. The Tax System PDF contains the tax rates and all other details of the tax.

Tax System refers to the set of rules, policies, and norms followed to collect the tax on various commodities. The Tax system contains the guidelines and instructions implemented by the government authorities. The tax system of the country is responsible for the economic growth and financial stability of the country. So the countries decided on their tax system by considering all the terms for their economic growth. The tax rates are decided by the financial authorities and government and they may differ from one another. Refer to this article to know all the terms and concepts of the tax system.

The tax system is the system in which tax is decided for various purposes. The tax system enhances the economic growth of the nation. So the citizens and students must know the tax system’s meaning and understand its related terms well.

The taxes see classified mainly into two types viz. Direct Tax and Indirect Tax. Both these taxes are discussed here in detail.

The taxes are paid directly by the individuals to the tax authority or Government or the organization which charged them. A taxpayer pays a direct tax to a government for different motives, containing property tax, income tax or taxes on assets, FBT, Gift Tax, Estate Tax, Capital Gains Tax, etc. In India, the Central Board of Direct Taxes deals with tax-related issues and the formulation of taxes.

With the implementation of Goods and Service Tax (GST) in India, lots of differences and changes are observed in the tax system as compared to the tax system before GST.

We all have heard that GST, will become cheaper. The real notion is that GST will help ‘considerably’ remove the ‘cascading effect of taxes, a problem the deep roots of which can be found in the old system.

The Cascading effect of taxes indicates the tax on the tax system. In the old tax system, for example, suppose a commodity of Rs 100 after charging 10% tax becomes Rs 110, further (say) 10% CST (central sales tax) is levied not on 100 but 110 making the total price of commodity 121 i.e 110+11=121. The GST practically eradicates this problem.

The second major difference is that GST is a ‘DESTINATION BASED’ tax or consumption-based tax.

It means if goods are produced in Gujarat and consumed in Tamil Nadu then the tax revenue so generated goes to the TN govt which was not the case with the old system in which the government of that state earned the tax revenue in which goods were produced or manufactured.

GST facilitates transparency as most of the procedure is online with defined formats that have to be simply filled.

The GST has many components which are listed below.

The tax system in the Mauryan empire was formulated by Kautilya’s Arthashastra. Land revenue was the main source of income and the other sources of taxation were forests, mines, customs, trade, and crafts in the Mauryan Empire.

The tax was 1/6 of the production of the peasants as the royal share. The state also received 1/4 and sometimes 1/2 from the sharecroppers who received land and other agricultural inputs from it. The peasants also paid another tax known as the pindakara, imposed on the groups of many villages.

This tax system assisted the government in further developing the monarchy by using this money to pay salaries, maintain armies, and for the welfare of the people.