Dear Students, Ministry of Home Affairs has released the official notification for the post of Assistant Central Intelligence Officer (ACIO) Grade-II and Executives. The Intelligence Bureau has announced 2,000 vacancies for various posts. Selection of the candidates will be done through Tier I, II, and III exams. Every year IB ACIO release a number of vacancies on various posts, this is a great opportunity for the graduates after pandemic and to serve the reputed organization. The link to apply online has been activated now. For IB ACIO Apply Online The candidates can opt for only one post from 19th December 2020 to 09th January 2021. The job location for these posts will be all over India and the candidates can apply from the official website. Interested candidates can become part of the recruitment process by applying for the examination. In this article, we will be discussing the exam pattern and syllabus for IB ACIO 2020.

There are three phases of the exam, TIER I, II, and III:

Job Responsibilities: Intelligence Bureau Assistant Central Intelligence (IB ACIO)
The primary nature of the IB ACIO is tackling security issues on the State and National levels. Usually, the newly recruited candidates are posted on border areas for a limited duration of time. All intelligence officers coordinate intelligence activities among the personnel under their command. They use this information to determine risks related to potential command decisions. They use the intelligence gathered through their specialty to resolve threats presented by an adversary and to provide operational commanders with a reduced risk of uncertainty. Usually, the work allotted to an officer includes –
1.The gathering of secret information.
2.Surveillance on Terrorist and Disruptive Activities
3.Being ready to deal with any kind of crisis situation.
4.Keep track of all the issues of threatening activities in Border Areas.
5.Intelligence collection in Border Areas.
Job Posting: Intelligence Bureau Assistant Central Intelligence (IB ACIO)
IB ACIO is a very unpredicted job, one can be posted in any state including border regions. No wonder, It is one of the very risky jobs. After the initial training, the recruit is assigned responsibilities where they get to know himself better, as they get to work in an environment, where they are going to face very tough circumstances. This prepares the officers for the worst-case scenario. Every officer is allotted a particular district/state and is sent to that particular place. The allotment is random. Some recruits may get border areas, mainland while others might be posted to cities, towns or villages. Each place has its own issues like terrorism, security, Naxalism, narcotics, goons, etc. Every recruit is expected to create his/her work profile of the place he/she is posted to and to analyze the ongoing or any other possible threats that can prove to be harmful to that particular place and to work on them. Each recruit will be working under the guidance of a mentor who will lead them thoroughly on how to work under such conditions.

SALARY: Intelligence Bureau Assistant Central Intelligence (IB ACIO)
First, let’s talk about the Salary, as that is one of the most important considerations for joining any job. One should have a comfortable Pay to lead a comfortable life. We shall be using the 7th Pay Commission’s recommendations.
Salary of IB ACIO in 6th Pay Commission – Rs 9300 to Rs 34800 with Grade Pay Rs 4200 – Approx. 35000-45000 including allowances.
Salary of IB ACIO after 7th Pay Commission in GP 4200 in Metro city: Rs. 54000-58000
Salary of IB ACIO after 7th Pay Commission & up-gradation to GP 4600 in Metro city: Rs. 63000-67000
On top of this, all institutions which deal with risk/security/threat give their employees an extra “Special Security Allowance”. This is the recommended SSA for IB as defined by the 7th PC. After deductions for Income Tax, Pension, Insurance, Misc. etc, in a city, you’ll get 60k per month and in a village, you’ll get 53k per month. Which is more than enough to have a stable life.

TRAINING: Phase 1 Training (60 Days)
Training is the most important aspect for Intelligence officers. While in training period, No smartphones and electronic gadgets are allowed.Training is hectic, as it would start from 6 am in the morning and goes on non-stop till the roll call at 8 pm. 14 hours per day. Monday to Saturday. A jog for 1.5km. And then 2 hours of Physical Exercises of Moderate Difficulty. 10 am – 4 pm, Introductory classes on all Basics from all necessary subjects. This would be very easy. But, one should be attentive as exams will be held later on. And your seniority depends on the performance in the exam.
5 pm – 7 pm, Physical Training. Then Dinner.
This Stage of Training is mostly to make you fit and get in a good shape. Salary of 40k/month will be deposited in your account. Absolutely NIL expenditure as you are in the middle of a village. Except for Mess Fees. Absolutely no time to study for other exams like UPSC, RBI etc. Exams will be held in the Last Week of these 2 months. Then, on the second last day, there will be a Graduation Parade.
TRAINING: Phase 2 Training  (60 Days)
The second phase of the training is mainly about information and concept building. No Physical Exercises in this Phase. Just theoretical classes and Lectures. From 10am-6pm. Evenings will be free to roam around Delhi, but there will be a lot of assignments, case studies to do and exams to prepare for.Then, each ACIO is allotted a State/District and then will be sent to that particular District IB Office for the next phase. There are around 600 Districts in this country, and each ACIO will go to each one. So, some may get Border Posting, some may get Mainland, some may get cities, some may get towns. The Allotment is randomised.
Promotion and Career Growth
ACIO II => ACIO I =>DCIO (Gazetted officer) => Additional Director of IB => Joint Deputy director of IB. In the span of around 8-14 years, you’ll be a DCIO. (different sources tell different number about how many years it takes to get DCIO promotion.) DCIO= Pay Band-3 of Rs.15600-39100 with Grade Pay of Rs.5400/- (=salary roughly the same as Junior scale IAS.) Although vacancies are low as you move up in the hierarchy, so not everyone gets every promotion. Most people retire at the DCIO or Additional Direct level.
In other jargon, As an Assistant in Intelligence Bureau, you will have the following career path: Section Officers( in 7-8 years), Under Secretary, Deputy Secretary, Director. You can also get deputed to CRPF, SPG, RAW, Airport protection but you’ve to pass departmental exams. You may even get an opportunity to work in foreign country.Work timing-As a Junior Officer in Intelligence Bureau, you will have a normal work schedule. There will be no extra working hours and work shifts. You will be going to work in the morning and returning in the evening. But when an intel or security related emergency comes, officers have to be alert 24 hours. this happens only in the high alert districts of Indian States. 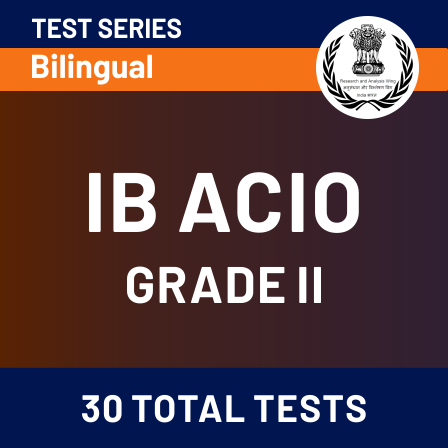