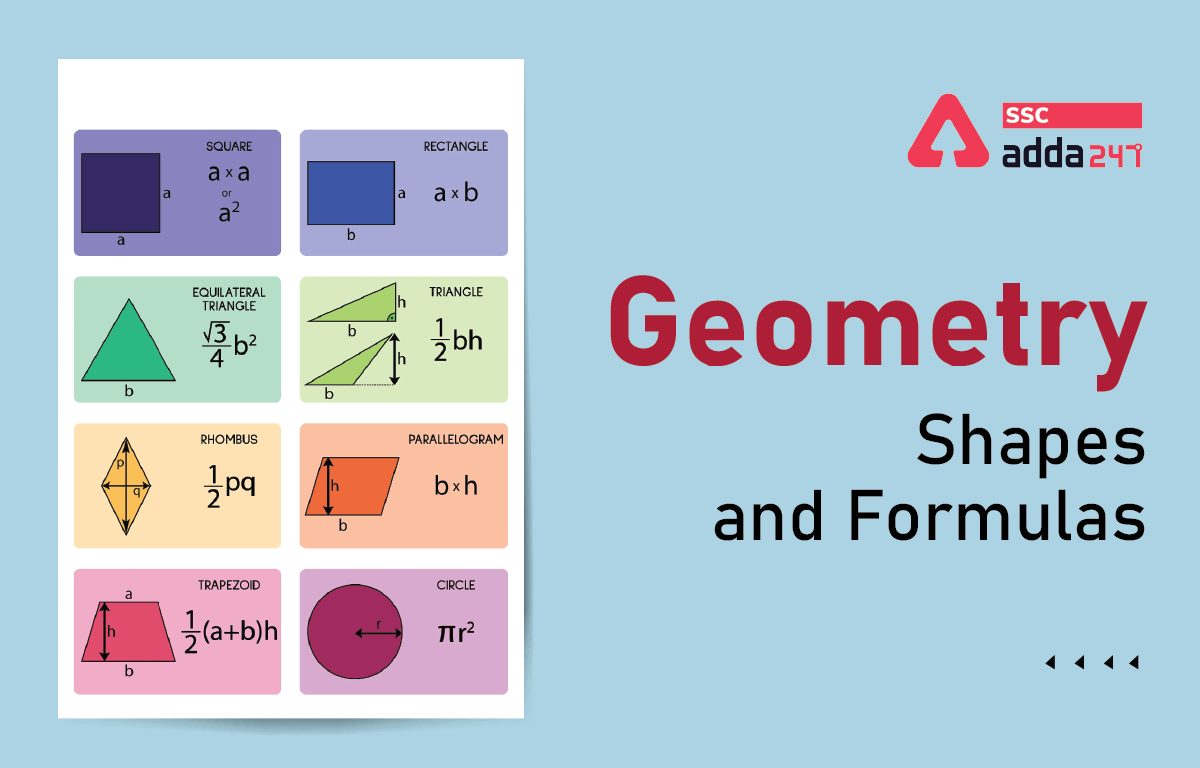 In this article, we are providing you the detailed information about geometry, geometry shapes, and geometry formulas. Understanding geometry will help candidates to solve the problems related to that and asked in the competitive exams.

Geometry word is derived from Ancient Greek words – ‘Geo’ means ‘Earth’ and ‘metron’ means ‘measurement’. Geometry is concerned with properties of space that are related to distance, shape, size, and relative position of figures. The basics of geometry depend on majorly points, lines, angles, and planes.

What are the Branches of Geometry?

The branches of geometry are as follows:

Plane Geometry means flat shapes which can be drawn on a piece of paper. These include lines, circles & triangles of two dimensions. Plane geometry is also known as a two-dimensional geometry. Example of 2D Geometry is square, triangle, rectangle, circle, lines, etc. Here we are providing you with the properties of the 2D shapes below.

A point is a location or place on a plane. A dot usually represents them. It is important to understand that a point is not a thing, but a place. The point has no dimension and it has the only position.

The line is straight with no curves), has no thickness, and extends in both directions without end infinitely.

Angles are formed by the intersection of two lines called rays at the same point. which is called the vertex of the angle. 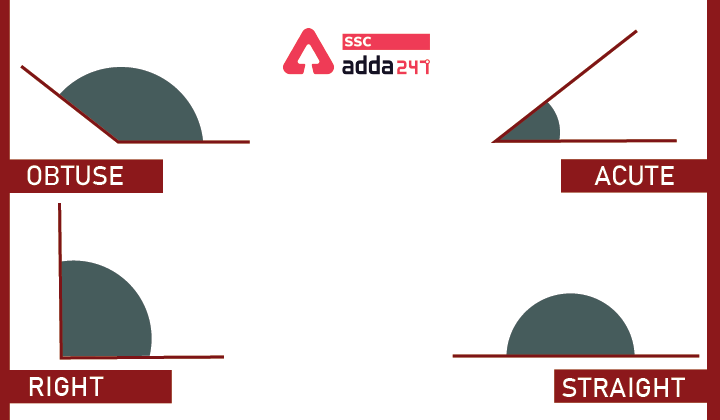 A polygon is an unrestricted shape figure that has a minimum of three sides and three vertices. The term‘ poly’ means’ numerous‘ and’ gon’ means’ angle‘. therefore, polygons have numerous angles. The border and area of polygon depend upon its types. The distribution of polygons is described as grounded on the figures of sides and vertices.

The types of polygons are: 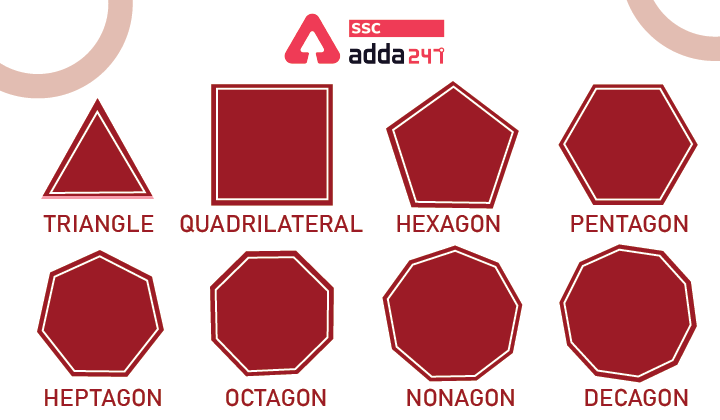 We have discussed the property as well as examples of the polygons with their properties in the below table. These figures will help candidates prepare for geometry for various competitive exams.

Every geometry shape and figure has its own formula for the area and perimeter. This is important for the candidates to solve various questions asked in the geometry section in the Quantitative Aptitude section of Competitive exams. All the important Geometry formulas are tabulated below.

Q. What is the area of Triangle?

Q. What are the types of angles?

Ans: These are 4 types of angles ,i.e. acute, obtuse, right, and straight angle.

Q. What is Geometry?

Ans: Geometry is a branch of mathematics that deals with shapes, angles, dimensions, and sizes.