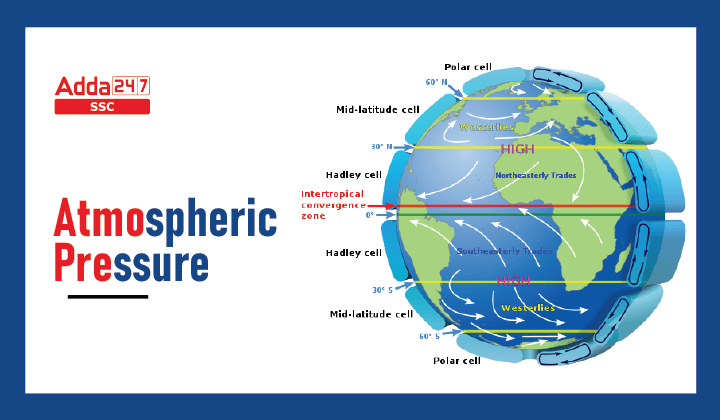 What is Atmospheric Pressure?

In the lower atmosphere the pressure decreases rapidly with height. The decrease in pressure with altitude, however, is not constant. Since the factors controlling air density – temperature, amount of water vapor and gravity are variable, there is no simple relationship between altitude and pressure. 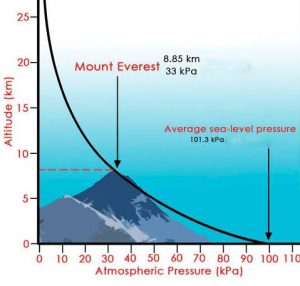 In general, the atmospheric pressure decreases on an average at the rate of about 34 millibars every 300 metres of height. The vertical pressure gradient force is much larger than that of the horizontal pressure gradient. But, it is generally balanced by a nearly equal but opposite gravitational force. Hence, we do not experience strong upward winds.
The low-pressure system is encircled by one or more isobars with the lowest pressure at the centre.

The seven pressure belts are :

These pressure belts can be seen in the given globe: 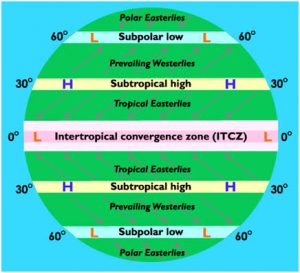 P = F/A = (m*g)/A, where A is surface area. Atmospheric pressure is thus proportional to the weight per unit area of the atmospheric mass above that location, Pressure (p), mass (m), and the acceleration due to gravity (g).

Q. Which instrument is used to measure atmospheric pressure?

Q. What is the value of atmospheric pressure at sea level above the ocean?

Ans. 1034 gm per square cm is the value of atmospheric pressure at sea level above the ocean.

Q. How many pressure belts are there?

Ans. There are seven pressure belts.