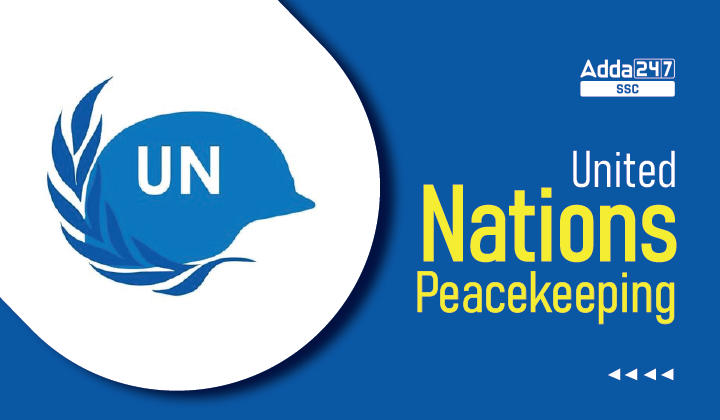 UN peacekeeping aims to provide security and the political and peace building support to help countries make the difficult, early transition from conflict to peace. It was founded in 1945. It works to maintain international peace and security. UN Peacekeeping is guided by three basic principles:

Peacekeeping is based on legitimacy, burden sharing, and ability to deploy and sustain troops and police from around the globe, integrating them with civilian peacekeepers to advance multidimensional mandates.
Today peacekeeping has become a multidimensional process which are called upon not only to maintain peace and security, but also to facilitate the political process, protect civilians, assist in the disarmament, demobilization and reintegration of former combatants; support the organization of elections, protect and promote human rights and assist in restoring the rule of law.

UN peacekeepers provide security and the political and peace building support to help countries make the difficult, early transition from conflict to peace.

UN Peacekeeping has also received the Nobel Peace Prize for its services.
UN peacekeepers are often referred to as Blue Berets or Blue Helmets because of their light blue berets or helmets.

UN Peacekeeping is the largest and most visible representation of the United Nations. It is a collective investment in global peace, security, and stability. It has a strength of 81,820 total active personnel with a budget of $6.7 billion. It is the responsibility of UN Member States to share the costs of peacekeeping, the General Assembly apportions these expenses based on a special scale of assessments, taking into account the relative economic wealth of Member States, with the permanent members of the Security Council required to pay a larger share.

Peacekeeping by the United Nations is held by the Department of Peace Operations. It is held as an “instrument developed by the organization as a way to help countries torn by conflict to create the conditions for lasting peace”.

The United Nations Peacekeeping chief Jean-Pierre Lacroix is undertaking a visit to India, among the largest troop contributing countries for its operations.
Jean-Pierre Lacroix will visit India, the UAE, Pakistan and Japan. He will participate in a meeting organised by the Challenges Forum, the event CAF22. The CAF22 will be co-hosted by the organisation’s Indian partner the United Service Institution of India (USI). Under the overarching theme “Future of Peace Operations”.

Ans. UN Peacekeeping is guided by three basic principles-
Consent of the parties; Impartiality; Non-use of force except in self-defence and defence of the mandate.

Q. Who is the chief of United Nations Peacekeeping?