Skip to content
Dear Readers, GA section is taken on the light note but plays a vital role in achieving the score required to cross the cut-off marks. We are providing important questions for this, it will help you to score well in the GA section if you regularly follow the contents provided on the scaffold website and the Adda247 app regarding general knowledge important questions. We wish you the best wishes for all the upcoming exams.

Red cells, white cells, and platelets are made in the marrow of bones, especially the vertebrae, ribs, hips, skull, and sternum. These essential blood cells fight infection, carry oxygen, and help control bleeding.

FUNCTION:
• maintaining a satisfactory blood pressure
• volume to supplying critical proteins for blood clotting and immunity.
• medium for the exchange of vital minerals such as sodium and potassium
• helps to maintain a proper pH (acid-base) balance in the body, which is critical to cell function.

•Red blood cells are disc-shaped cells containing hemoglobin,
• hemoglobin (haem=iron-containing)
•Haemoglobin enables the cells to pick up and deliver oxygen to all parts of the body, then pick up carbon dioxide and remove it from tissues.
•Its life span is from 20 days to 120 days and is then broken down into pigments called bilirubin and biliverdin in the liver.
•Its destruction takes place in the liver & spleen. Therefore, the liver is called the grave of RBC.
•they are made in the bone marrow,
•they have no nucleus,
•N.B. oxyhemoglobin =oxygen rich hemoglobin,
•deoxyhaemoglobin=low oxygen hemoglobin

Platelets are the cells that circulate within our blood and bind together when they recognize damaged blood vessels.

The main functions of blood are to transport oxygen, carbon dioxide, water, nutrients, hormones, and waste around the body. Blood also fights infection and regulates temperature.

Circulation of Blood through the heart:

➧Aorta
The largest artery in the body. It carries oxygen-rich blood away from the heart to vessels that reach the rest of the body.
➧Atria
The chambers of the heart, to which the blood returns from the circulation.
➧Capillaries
The smallest of the body’s blood vessels. Oxygen and glucose pass through capillary walls and enter the cells. Waste products such as carbon dioxide pass back from the cells into the blood through capillaries.
➧Cardiac Valves (Heart Valves)
Any of the four heart valves that regulate the flow of blood through the chambers of the heart.
➧Deoxygenated Blood -> Oxygen-poor blood.
➧Heart Ventricles
The lower right and left chambers of the heart.
➧Interventricular Septum
The interventricular septum is the stout wall separating the lower chambers (the ventricles) of the heart from one another.
➧Lungs
One of a pair of organs in the chest supplies the body with oxygen and removes carbon dioxide from the body.
➧Myocardium
The muscular substance of the heart; the middle of the three layers forming the outer wall of the human heart.
➧Oxygenated Blood -> Oxygen-rich blood.
➧Pulmonary Artery
The pulmonary artery and its branches deliver blood rich in carbon dioxide (and lacking in oxygen) to the capillaries that surround the air sacs.
➧Pulmonary Circulation
The circulation of the blood through the lungs.
➧Pulmonary Veins
The veins return the oxygenated blood from the lungs to the left atrium of the heart.
➧Superior Vena Cava
The large vein carries blood from the head, neck, arms, and chest to the heart.
➧Vena Cava
A large vein that returns blood from the head, neck, and extremities to the heart.
➧The endothelium is the innermost layer of blood vessels that consists of just a single layer of cells.
➧Veins are blood vessels that carry blood to the heart in an even flow. They have thin walls with large lumens and valves.
• The human circulatory system consists of two circuits systemic and pulmonary.
• The coronary artery carries blood to the heart muscle from the aorta. (coronary vein)
• The hepatic artery carries blood to the liver. (hepatic vein)
• The renal arteries carry blood to the kidneys. (renal veins)
• The mesenteric arteries carry blood to the small and large intestines.
• The carotid arteries supply blood to the head. (jugular veins)
• The subclavian arteries supply blood to the arms. (subclavian veins)
• The iliac arteries carry blood to the legs. (iliac veins)
• A portal system is a network of capillaries in one organ or tissue joined to another network of capillaries in another organ or tissue via a vein or veins.
• A pulse is the alternate contraction and relaxation of an artery as blood passes through it.
• Blood pressure is the force blood exerts on the walls of blood vessels.
• A sphygmomanometer is used for measuring blood pressure(normally 120/80 mmHg)
• Atherosclerosis is the hardening of artery walls due to a build-up of fatty deposits.
• Smoking causes heart rate and blood pressure to increase. Diet high in saturated fats increases blood pressure and atherosclerosis. Exercise helps lower blood pressure.

➽Hematoma: A collection of blood inside the body tissues. Internal bleeding often causes a hematoma.

➽Leukemia: A form of blood cancer, in which white blood cells multiply abnormally and circulate through the blood. The excessive large numbers of white cells deposit in the body’s tissues, causing damage.

➽Lymphoma: A form of blood cancer, in which white blood cells multiply abnormally inside lymph nodes and other tissues. The enlarging tissues, and disruption of blood’s functions, can eventually cause organ failure.

➽Anemia: An abnormally low number of red blood cells in the blood. Fatigue and breathlessness can result, although anemia often causes no noticeable symptoms.

➽Hemochromatosis: A disorder causing excessive levels of iron in the blood. The iron deposits in the liver, pancreas, and other organs, causing liver problems and diabetes.

➽Bacteremia: Bacterial infection of the blood. Blood infections are serious, and often require hospitalization and continuous antibiotic infusion into the veins. 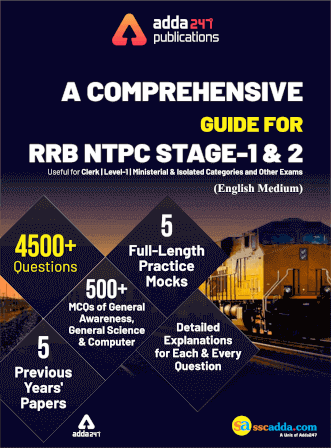