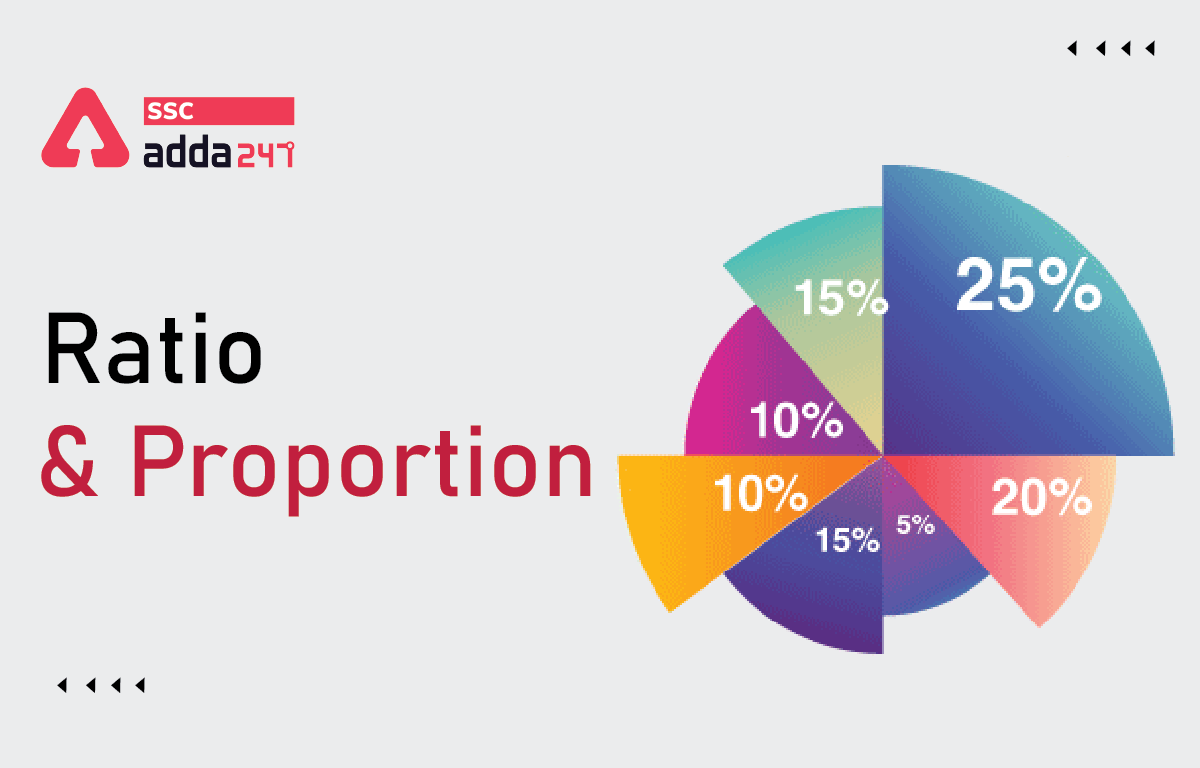 Ratio and Proportion: Ratio and Proportion is one of the important scoring topics in the whole quantitative Aptitude. There are several examinations such as SSC CGL Tier 2, SSC CHSL, etc lined up in the upcoming months, candidates must have started preparing for the tougher sections thoroughly. The quantitative ability questions are asked in almost every government job examination with a special focus on ratio and proportion. Here we at re providing you with detailed knowledge regarding the Ration and Proportion starting from the definition, formulas, tips, and tricks for solving the questions.

The ratio can be defined as the relationship between two quantities such as a:b, where b is not equal to 0. The two numbers in a ratio can only be compared when they have the same unit. Ratios are used to compare two things. The ratio is denoted by the sign ‘:’. The ratio can be represented as follows.

Find the third proportion to the numbers 4, 12.

Q. What are Ratios and Proportions?

Ans: Ratio is the comparison between the quantities with the same unit. It is obtained by dividing the first quantity by the other.

Q. What is the Formula of Ratio and Proportion?