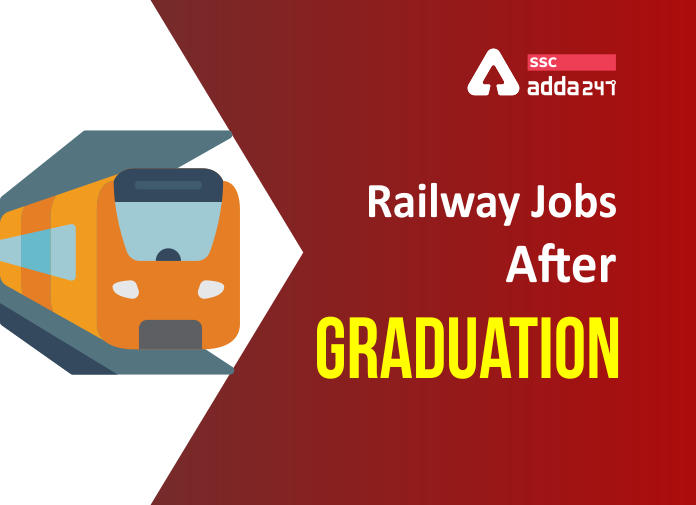 Railway Jobs After Graduation: Indian Railways is the backbone of the country consisting of approx 12 lakh employees all over India. It is the fourth largest network in the world connecting North to south and East to West. To work in the Indian railways is the dream of many people preparing for government job exams. Many of you might be confused about how to get a job on the railway? What are the jobs on the railways that you can apply for? What are the railway jobs after graduation? Check out the jobs in railway, eligibility, and other details. This one is the best career option for the candidates who want to serve in the Indian Railways. The candidates must go through the details regarding the railway jobs after graduation and study plan for railway exams for both males and females.

How To Get Railway Jobs After Graduation?

The youth of India has been looking forward to working in the railways. Now, you might wonder what can be the first step towards getting a job in the railways. There are many railway jobs for 10th pass, 12th pass, and graduate students. Railway Recruitment Board or RRB is the organization that conducts examinations for recruiting to various posts in railways. There are 21 zones under RRB that release region-wise notifications for exams.

There are 2 types of railway jobs after graduation. One is technical and the other is non-technical. To get a railway job you must appear for various railway examinations as per the eligibility criteria. If you have a sports quota, you might be eligible to get recruited directly. Keep reading the article for further information. To get a job in Railways, you have to complete your diploma in engineering, bachelor/master engineering in any streams like Civil engineering, Mechanical Engineering, ECE, EEE. Other engineering graduates are also eligible to apply for the vacancies in Indian Railway.

What are the various Railway Jobs After Graduation?

Firstly, you must know the types of jobs available on railways. You can apply for lakhs of vacancies depending upon the post. The various railway jobs are divided into 2 categories:

Read below to know the post-wise eligibility criteria for all exams.

Eligibility Criteria For All Railway Jobs

The eligibility criteria for all railway jobs various as per the examination and posts. Check out below:

The railway Assistant loco pilot or technician job requires you to have technical knowledge. The educational qualifications required to appear for RRB ALP/technician exams is given below. The last recruitment notification for RRB ALP was released in 2018.

RRB releases the notification for the recruitment under the Non-Technical Popular Categories to recruit various posts for undergraduates and graduates. The last notification was released in 2019 where 1.26 crore applications from undergraduate and graduate candidates were received by the railways from all over India.

The Educational Qualifications, age limit, and pay scale varies as per the post.

There is a single-stage Computer Based Test (CBT). The Question paper for Single Stage CBT will be of 90 minutes duration for 100 questions.

Where to get information about railway jobs?

Candidates can regularly visit SSCADDA or the official zonal railway websites to get information about the latest jobs and vacancies.

What are the railway jobs after graduation?

Which degree is best for a railway job?

Railway jobs are available for 10th, 12th, and graduate students depending upon the pay level and group. For a higher level of posts in railways, you must have a graduate degree.

How can I get a job on the railway?

You can get a job in railways by appearing for various exams conducted by the Railway Recruitment Board for different categories.

Where can I get all notifications about government jobs in railways?

You can get all the notifications about government jobs in railways at SSCADDA, or the Adda247 app.