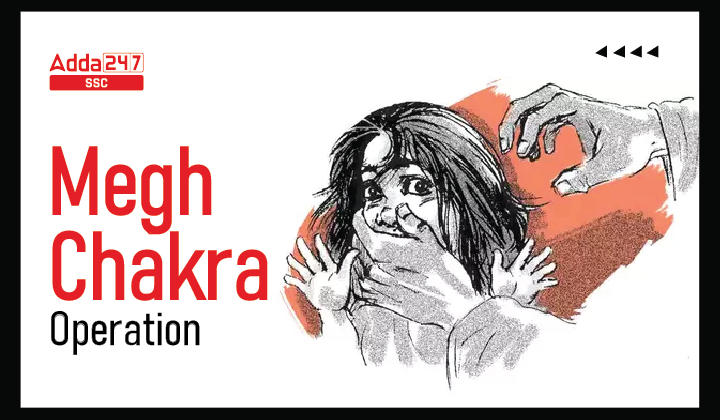 Last time in November, 2021, the CBI had launched a similar exercise code-named “Operation Carbon”, searching the premises of suspects in 13 States and one Union Territory.

What is operation Megha Chakra?

A preliminary scrutiny of the devices allegedly revealed that a huge quantity of child pornography material was stored in them.

Operation Megha Chakra is being conducted by the CBI against Child sexual abuse. The issue of Child sexual abuse is a multi-layered problem which negatively impacts children’s physical safety, mental health, well-being and behavioural aspects.

Digital technologies have further increased child abuse and exploitation. New forms of crimes against children have emerged like online bullying, harassment and Child pornography etc. This has necessitated that agencies throughout the world keep coordinating to burst the racket engaged in such national and transnational organised crimes.

Q. Which agency has conducted raid at several locations under Operation Megha Chakra?