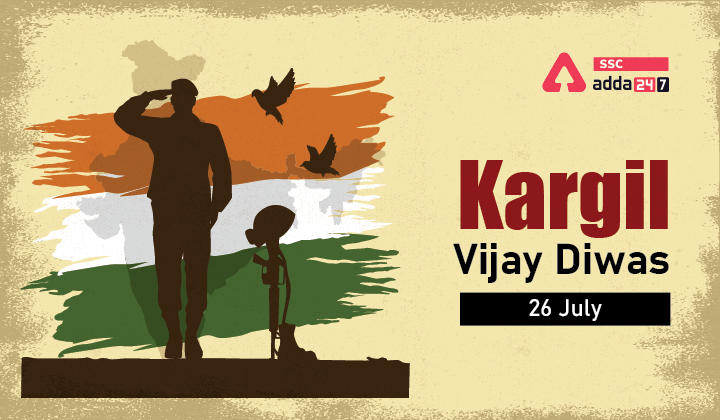 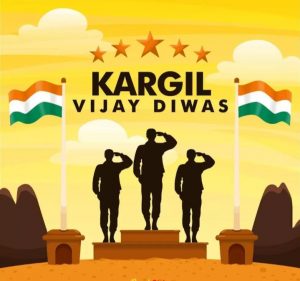 In India, Kargil Vijay Diwas is composed on the 26th of July every year to remember the brave heroes of the Indian Army who sacrifices their lives to save the nation. Kargil Vijay Diwas honor the heroic sacrifices and bravery of the fallen heroes in retaking various mountain heights taken by Pakistani intruders in Kashmir, proclaiming the 23rd anniversary of its victory over Pakistan in the Kargil War. It is applauded across the country by Politicians,  officials, and all the citizens. Kargil Vijay Diwas is a day of pride for our nation because we got a remarkable victory over Pakistan this day.

On July 26, 1999, the Indian Army recaptured all the military posts in Kargil that had been occupied by Pakistani troops and militants with their smart strategy. Kargil Vijay Diwas is marked in honor of the Army’s successful mission (called Operation Vijay), July 26 every year since then.

The Kargil War made Pakistan realize that it wouldn’t receive any international support if its army embarks on such misadventures against India. Pakistani armed forces also realized the strength of India and also the power of our brave soldiers on a ground level. As for India, the Kargil War proved what India had been telling the world for years — Pakistan is in an unstable state and its Army tries to punch way above its weight. This war realized the real strength of India in the world also.

On the occasion of Kargil Vijay Diwas, the Prime Minister and the President of India praises the sacrifices made by our soldiers in the war. The official death of the war on the Indian side was recorded at 527. And the casualty figure on the Pakistani side is said to be 453.

Make a sight on a Kargil war timeline here to understand the struggle of the Indian Army in the war against Pakistan.

Kargil Vijay Diwas 2022 is solemnized on 26th July all over the country. It’s like a festival for our Defence forces also. All top leaders including the President of India (Droupadi Murmu), Prime Minister (Narendra Modi), Defence Minister, Home Minister, and all the other officials of the country and citizens accomplish this day at a grand level. They also shared their wishes with all the citizens through Twitter or other modes. Here some highlights of tweets for Kargil Vijay Diwas is mentioned. 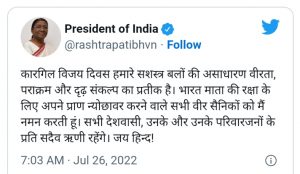 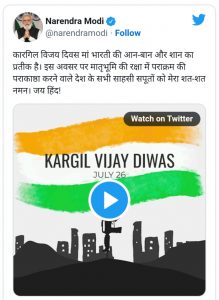 We hope you found what you were looking for in this article for more updates on Kargil Vijay Diwas 2022, stay connected with sscadda.com. To read this article in Hindi please click on the link given below.