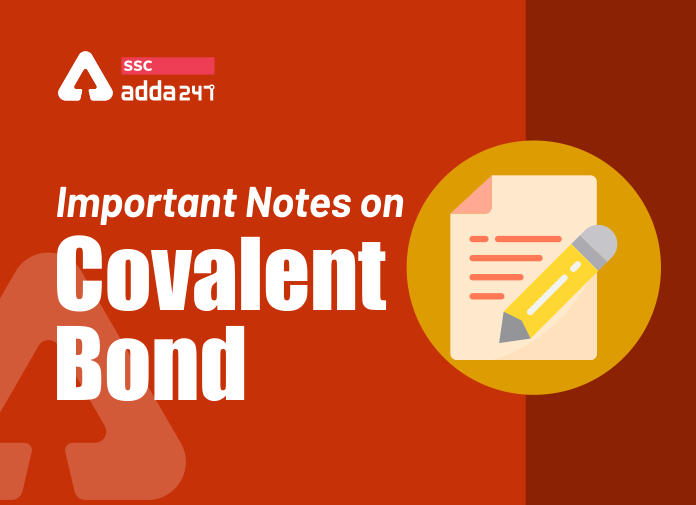 All the elements that have very high ionization energies are incapable of transferring electrons and elements which have very low electron affinity cannot take up electrons. Atoms of such elements share their electrons with the atoms of other elements or with other atoms of the same element in such a way that both the atoms obtain octet configuration in their valence shell and achieve stability. The pair of electrons that participates in a covalent bond are called bonding pairs or shared pairs. This association by the sharing of electron pairs with different or same kinds is known as Covalent Bond. Covalent bonds can be classified into 3 categories:

Single covalent bonds are formed when only one pair of the electron is shared between the two participating atoms. This form of covalent bond has a smaller density and is weaker than a double and triple bond but it is the most stable bond.

Double Covalent Bond is formed when two pairs of electrons are shared between the two participating atoms. Double covalent bonds stronger than a single bond, but they are less stable.

A triple bond is formed when three pairs of electrons are shared between the two participating atoms. Triple covalent bonds are represented by three dashes (≡) and are the least stable types of covalent bonds.

Example, molecules forming hydrogen bonding as a result of an unbalanced electrostatic potential. In this case, the hydrogen atom interacts with electronegative fluorine, hydrogen, or oxygen.

This type of covalent bond is formed whenever there is an equal share of electrons between atoms. The electronegativity difference between two atoms is zero. Nonpolar covalent bonds occur wherever the combining atoms have similar electron affinity (diatomic elements).

Some of the properties of covalent bonds are provided below:

Q. What are covalent bonds?

Ans. A covalent bond is a type of chemical bond that involves the sharing of electron pairs between atoms. The stable balance of attractive and repulsive forces between atoms, when they share electrons is known as covalent bonding.

Q. What is the difference between polar and non-polar molecules?

Q. Which type of bonding is most stable? Single, double or triple?

Ans. Single covalent bonds are the most stable bonds.