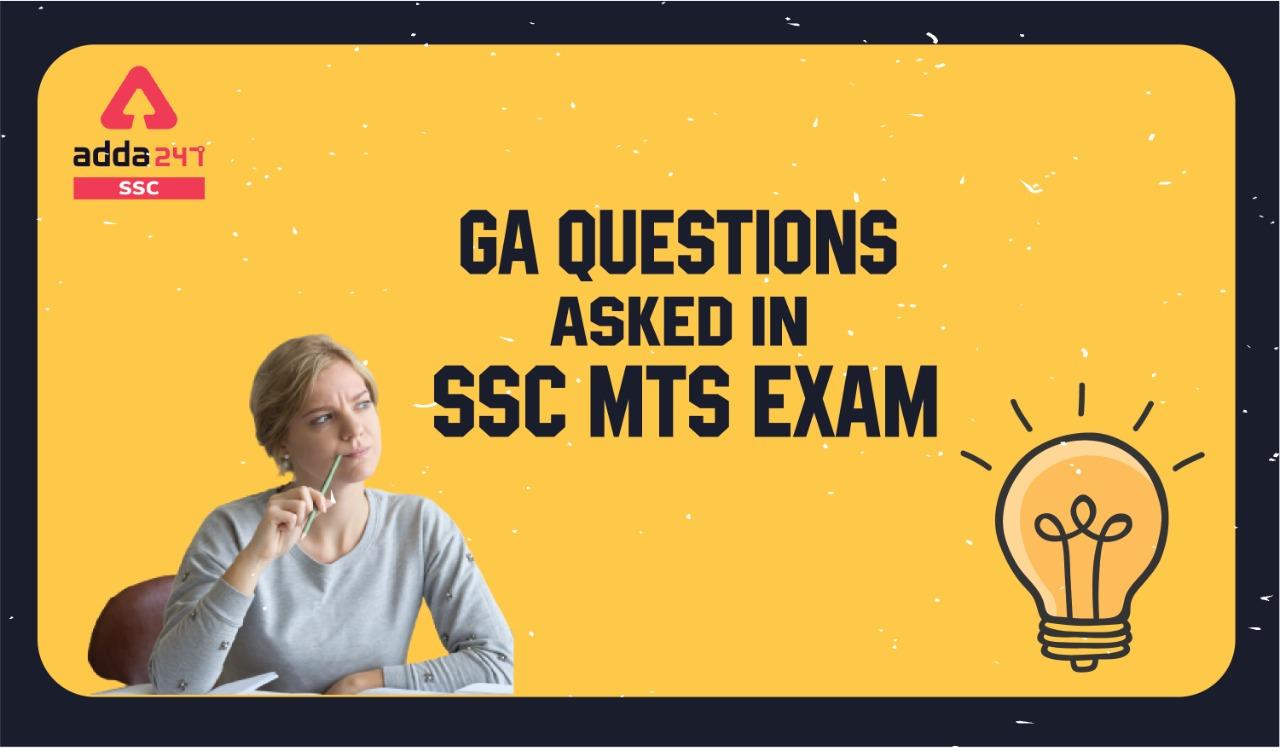 GA Questions asked in SSC MTS Exam: Staff Selection Commission is conducting the exam in 3 shifts from 5th October 2021 to 2nd November 2021. SSC MTS is a great opportunity for the 10th pass candidates to get a government job in India. SSC MTS is organized under Staff Selection Commission to recruit candidates for various posts like peon,daftary, jamadar, Junior Gestetner Operator, Chowkidar, Safaiwala, Mali, etc. ADDA247 is always a step ahead provided you with the overall analysis of the exam ongoing on daily basis. Today i.e. 5th October 2021 first shift exam is completed and we are here with the Questions asked in the General Awareness section of the examination.

What are the questions asked in the SSC MTS 2021 exam from the General Awareness section? Aspirants who are yet to appear in the upcoming shifts must be looking forward to getting acquainted with the questions as that will help them in knowing the type of questions to be asked by the SSC. Now, we are providing you with the General Awareness question which was asked on the 5th & 6th October of the SSC MTS 2021 examination.

As per today’s analysis, the level of GA asked in the examination is Moderate. Let us check about the questions asked in :