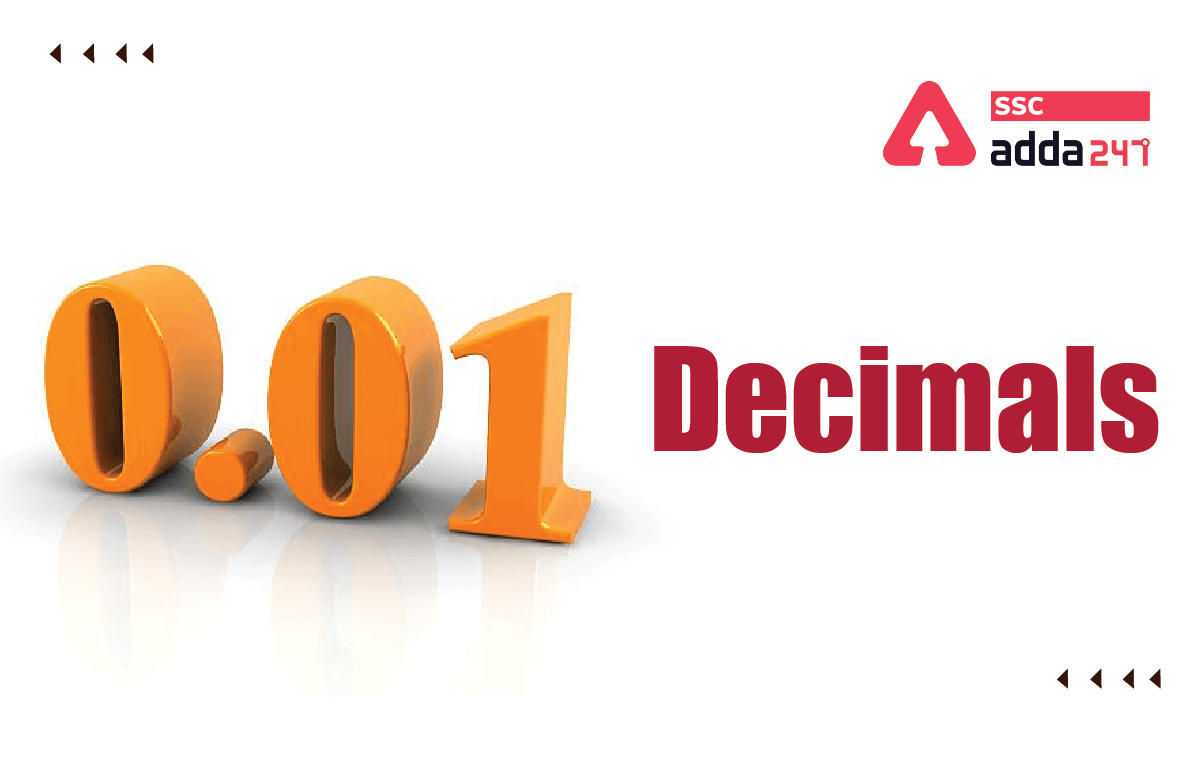 Decimals: There are various types of numbers in the mathematics in the quant section which include real numbers, natural numbers, whole numbers, rational numbers, integers, prime numbers, even numbers, odd numbers, and so on. Decimal is the standard form of representing integers and non integers. The decimals are used in solving most quantitative aptitude problems. Understanding the Decimals, their types, formula, and tricks will help the candidates in the competitive exams like SSC, Railways, UPSC, and other state exams as well.

Here 54 is the whole number and 7 is the fractional part. The dot or “.” between them is called a decimal point. The 5 is Tens, 4 is the ones and 7 is the tenth.

The decimal numbers are differentiated as,

There are two types of Recurring Decimals i.e. finite and infinite decimal numbers. Candidates will understand this with the following example.

The decimals which are not repeating are called as Non- Recurring Decimal Numbers. The nonrecurring are differentiated between Finite and Infinite.

The following operations can be performed on the Decimals alike the other numbers. The arithmetic operations are addition, subtraction, division, and multiplication.

Subtraction is just like the addition of decimal numbers. You have to line up the decimal point of the given numbers and subtract the values.

Simply divide the integers as there is no decimal point. Perform the division and place the decimals at the end.

Multiplying two decimal numbers is so simple. Multiply as if there is no decimal point present between the whole number and the fraction.

To convert a decimal to a fraction, place the decimal number over its place value. For example, in 0.9, the nine is in the tenth place, so we place 9 over 10 to create the equivalent fraction, 9/10.

Q. How many types are there of decimal?

Ans: There are two types of decimals: Recurring and Non- Recurring Decimal numbers.

Q. Can we subtract two decimals?

Ans: Yes. Arithmetic operations can be performed on Decimal numbers.