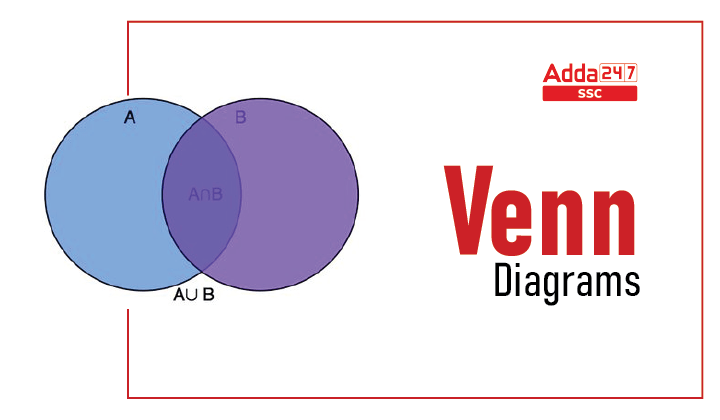 Venn diagrams are the pictorial representation of elements that use circles or any other shapes to show the relationship between given elements. Circles that overlap have a commonality while circles that do not overlap do not share those aspects. Venn diagrams help to visually represent the similarities and variations between two concepts. Venn diagrams also named Set diagrams or Logic diagrams, are widely used in mathematics, statistics, logic, teaching, linguistics, computer science, and business to show the data in pictorial form. We are going to discuss here Venn diagrams examples with questions in detail.

Venn diagram is an important topic in the general intelligence or reasoning section which is asked in almost all the exams. The Venn diagram in reasoning is used to represent the data or concept through diagrams or pictures. We are going to discuss the Venn Diagrams Questions and Examples in this article. So refer to this article to get all the details of Venn diagrams and their related concepts.

A set is a collection of things or elements shown by the pictures. Venn diagrams for sets are given here with examples. Refer to these questions to understand the topic in detail.

Venn diagrams questions require practice and logical ability to solve them easily. We are going to discuss here some important Venn diagram questions for a better understanding of concepts. So practice these questions for your upcoming exams. 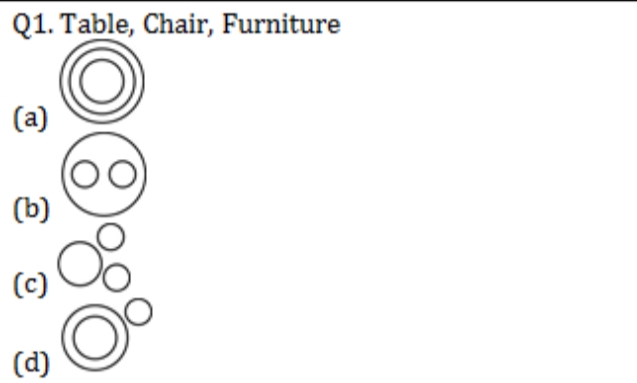 Solution: Ans (b) The pictorial representation of the Table, Chair, and Furniture is shown here

The table and Chair are entirely different. But, both are items of furniture
Que.2 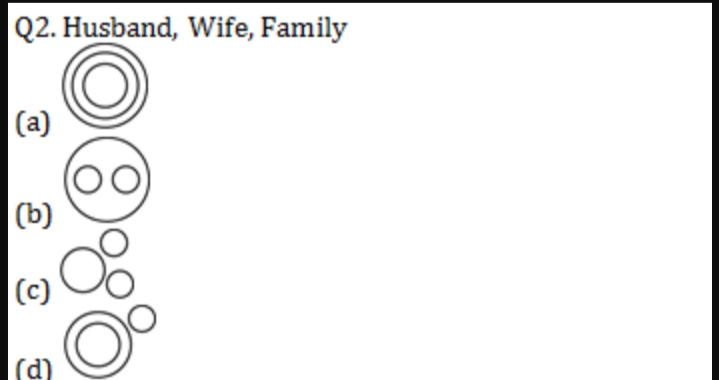 Husband and Wife are entirely different. But, both are parts of a family.
Que.3 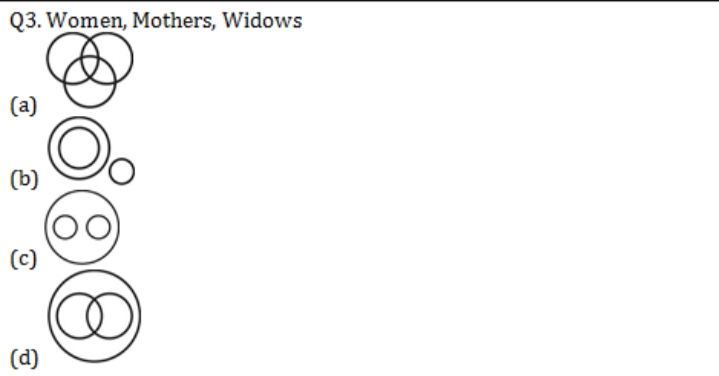 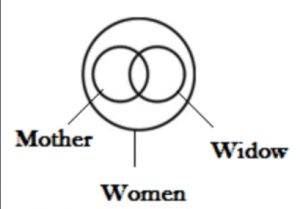 All mothers and all widows are women. Some mothers can be a widow.
Que.4 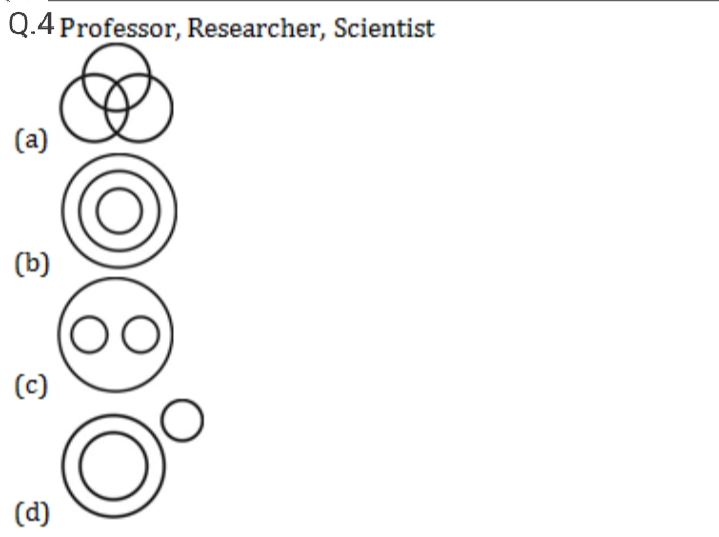 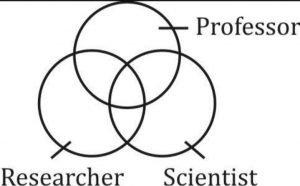 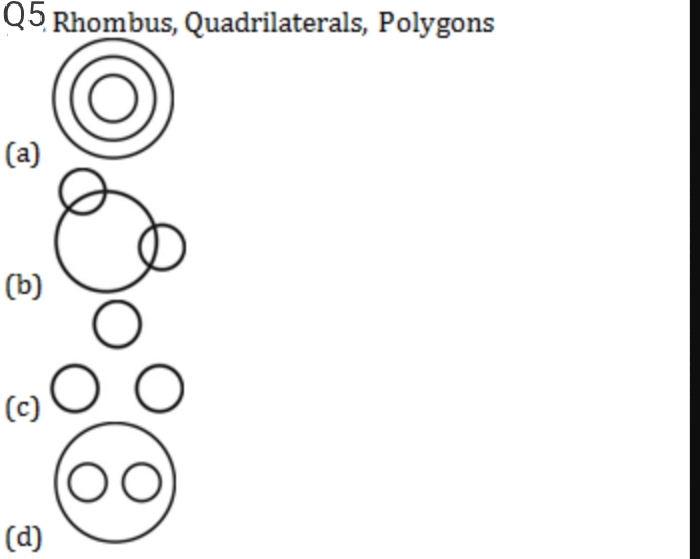 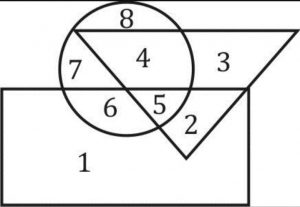