Staff Selection Commission of India (SSC) has released SSC MTS 2021 Official Notification on 5th February 2021. The MTS examination will consist of a Computer Based Examination (Paper-I) and a Descriptive Paper (Paper-II). Staff Selection Commission conducted the SSC MTS exam (Multitasking Staff) for the recruitment to various posts General Central Service Group ‘C’ Non-Gazetted, Non-Ministerial post in various Central Government Ministries / Departments / Offices, in different States/ Union Territories. The SSC MTS Vacancy has been declared and uploaded on the official website at ssc.nic.in. As per the latest SSC calendar, the SSC MTS Paper-1 exam will is conducted from 5th October to 20th October 2021. The vacancies have been released in 2 groups namely the 18-25 age group and the 18-27 age group. A total of 9,069 vacancies are released. Check the Region wise vacancy for the SSC MTS Vacancy given below.

The state-wise distribution of SSC MTS has been given below. Check out the MTS vacancy of all states.

It is mandatory for the candidate to qualify for both these stages of examination in order to make it to the merit list prepared by SSC prepared at the end. 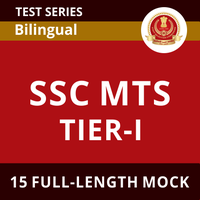 Q. For the recruitment of which posts is SSC MTS conducted?

Ans: The SSC MTS exam is conducted for Group-C non-gazetted, non-ministerial posts in various ministries and offices of the Government of India.

Ans: The Online Paper-1 exam for SSC MTS 2021 is scheduled to be conducted from 5th October to 20th October 2021 while the Descriptive Test date has not been released yet.

Q. Is there any negative marking in the SSC MTS exam?

Ans: Yes, there is a negative marking of 0.25 marks in paper-I of the SSC MTS exam.

Q.What is the minimum educational qualification for the SSC MTS exam?

Ans: The minimum educational qualification for the SSC MTS exam is 10th Pass.

Q. What is the total number of vacancies released for the SSC MTS 2019-20 exam?